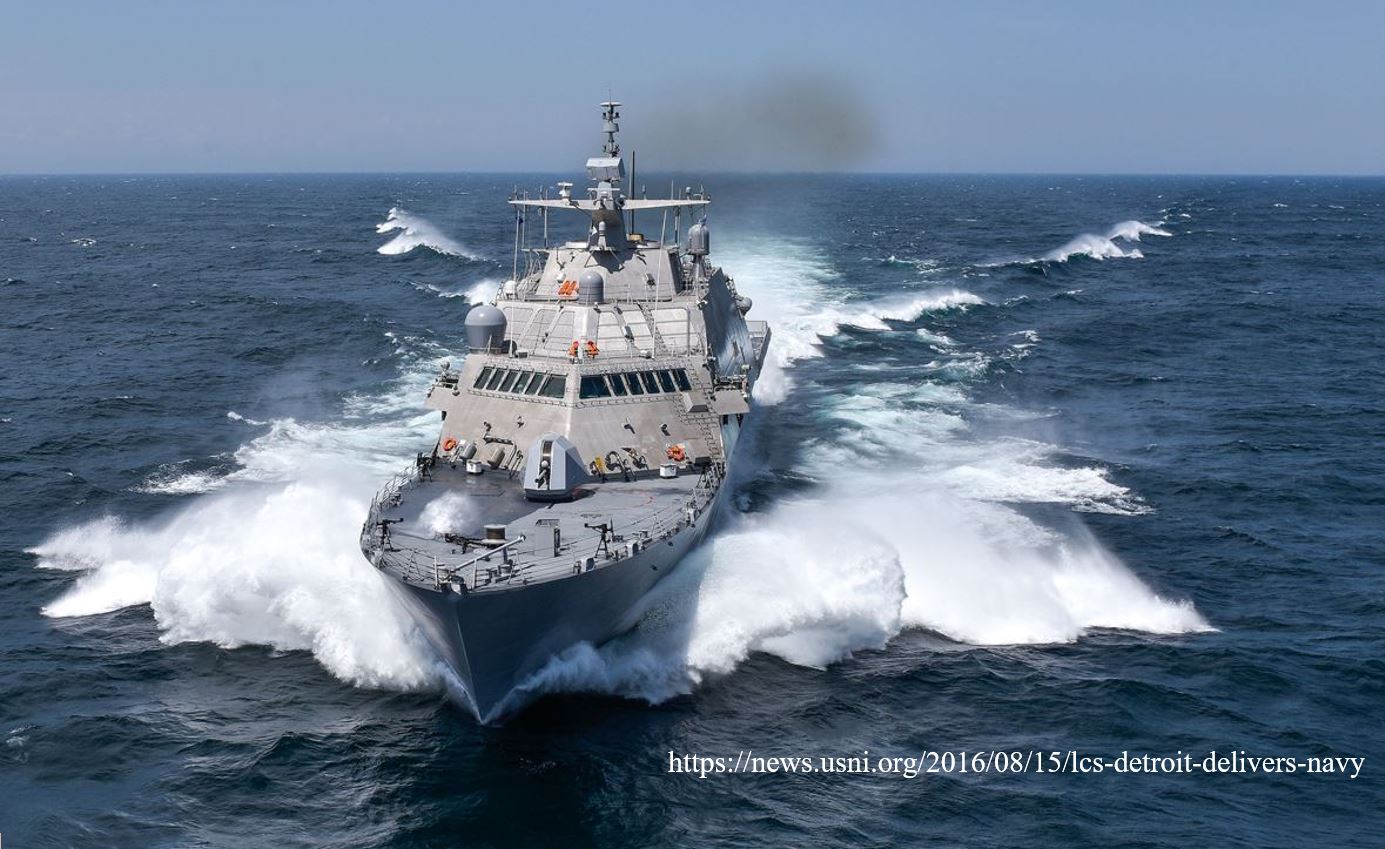 Marinette, WI is a small town of about 11,000 people as of the last census in 2010 (“Census of Population and Housing”). It is a very industry driven city, driven mainly by a Kimberly Clark paper mill, fire protection manufacturer Tyco (a Johnson Controls company), multiple metal foundries, and Fincantieri Marinette Marine shipyard (FMM). FMM is a very large scale shipbuilding facility, having constructed a total of over 1500 ships since its founding in 1942. Originally founded as Marinette Marine Corporation, they began as mainly a barge and tug boat manufacturer until the mid-50’s when they started to develop and build landing craft for the US Navy (Colton, 2017). This led to a long series of interactions with the United States military, including a myriad of different tug boats, landing craft, barges, etc. In 2000 Marinette Marine Corporation was bought out by The Manitowoc Company which soon sold it to the Fincantieri Group in 2008 (“Profile”). Marinette as a city is impacted incredibly by the successes or failures of its industry, and FMM plays a large role in this impact.

The Navy is incredibly important to the United States’ capability to project power and engage in military conflicts effectively.  Strong naval presence allows the military to engage quickly if needed as well as causes our enemies to think more than twice about doing anything that would be considered an attack on us or our allies. Currently the Navy has 35% of its total fleet deployed worldwide (94 ships, combat and support craft). The current fleet requirement for the Navy as of 2015 is 308 ships, while the actual inventory is at 272 (O’Rourke, 2011). This 36 vessel shortage is mostly caused due to a shortage of Small Surface Combatant ships (35 short to be precise). A small surface combatant ship is a ship that is able to maintain a small footprint, be highly maneuverable, and possess a worthy amount of firepower. In order to help bridge this gap, the military has ramped up the urgency for the manufacturing of its Littoral Combat Ship (LCS) program.

A littoral combat ship is a Small Surface Combatant ship, using state of the art technology allowing stealthier movement than other ships before. A littoral combat ship is a military craft that can operate closer to shore than a boat of that size should in theory be capable of. This proximity to the shore is called the “littoral zone”. This littoral combat ship or “LCS”, is relatively easy to man as well. This assists in the presence of the US Navy worldwide while also allowing for less seaman needed to accomplish this.  The primary missions that these ships will be used for are “antisubmarine warfare (ASW), mine countermeasures (MCM), and surface warfare (SUW) against small boats (including so-called “swarm boats”), particularly in littoral (i.e., near-shore) waters” (O’Rourke, 2011). A good example of this usage is for anti-access/area-denial. Anti-access/area-denial is a strategy in which a military places a “force” in an area to control certain territory through a display of force, essential blocking access to an area. This is especially common in certain straits and rivers that are crucial for certain navigation lanes (O’Rourke, 2015).

In December of 2004 Lockheed Martin was awarded a development contract to design and build the first littoral combat ship. This contract was for $188.2 million dollars and did not include the actual construction of the ship (Onley, 2004). This development contract was followed by a manufacturing contract for the Freedom Class LCS variant designed by Lockheed Martin to be built by the Fincantieri Marinette Marine shipbuilding firm in Marinette, Wisconsin. Soon after the completion of the first ship, USS Freedom, Marinette shipyard and Lockheed Martin received a massive contract for $4 billion to build 10 more ships through 2015 (Lund, 2012). This was a huge deal as it guaranteed a long term economic impact on the Marinette area, as well as a potential further contracts as the Navy hopes to build up to 55 LCS class ships long-term.

This project is very high visibility and will likely see pressure to increase production pace due to the large need for these ships. Lockheed Martin and FMM took massive scrutiny during the production of USS Freedom due to the doubling of its original cost estimate (Barrett, 2009). They learned from the mistakes of the first ship and improved the processes for the ships that followed. Since the first ship, the process has changed from “ground up” to “middle out”.  Littoral combat ships are assembled in sections and then put together later. Sections are welded together, and the ship is unrecognizable for a long period of time as it is assembled. Once the main body of the ship is assembled in the warehouse, it is moved outside to allow for the installation of the mast. At this point the ship is just over 80% complete, with control systems, electronics, wiring, painting, etc. still to be completed (Hoffman, 2017). This process takes about 4 years per ship, including the necessary testing. Each ship can be completed a bit faster and cheaper as processes are refined and he workers become more familiar with the processes specific to the LCS class ships.

Lockheed Martin and Marinette Marine hope to continue this endeavor for years to come, with congress estimating 40-50 ships needed in the foreseeable future (Hoffman, 2017). The first four completed ships have been designated test ships, to verify the design of the Freedom class LCS, as well as improve on current flaws. This is very apparent in the status of LCSs funded. LCS-3 and LCS-4 were cancelled after contract funding due to disagreements between the contractors and the federal government, as well as re-design efforts. Between 2006 and 2009 the Littoral combat ship program underwent a re-structuring to better fit intended cost targets, timing schedules, and combat readiness targets. (O’Rourke, 2011). More recently, in a 2015 LCS program update to congress, it is stated that future LCS vessels need an upgrade to firepower and awareness technologies to better follow the Small Surface Combatant ship model. These modifications include improved radar, improved sonar, multiple decoy and defense systems, 25 mm guns, and increased armor among other things (O’Rourke, 2015).

Currently there are 5 freedom class LCS in service: The USS Freedom, USS Fort Worth, USS Milwaukee, USS Detroit and USS Little Rock, with 9 in progress in Marinette. These ships appear futuristic and cutting edge due to the sharp and defined edges used to cut the waves. The ship will have a crew of about 40 (much lower than similar ships), and can be used as a mine or submarine hunter or even a surface war vessel (Jones, 2008). This versatility, as well as the ability to operate in the Littoral zone, gives the LCS a huge advantage in operating parameters compared to similarly sized ships. This gives the United States a broader range of options in which to approach naval warfare. Recently it was announced that future (post 2017) LCSs will be defined as frigates due to their maneuverability, speed, and comparable firepower. They will replace recently retired frigates (O’Rourke, 2017).

The Freedom class LCS contract was important not only for the strength of the US Navy, but also the strength of the Marinette community. The contract has enabled the hiring of many skilled laborers and engineers in the Marinette area for years to come. Over $74 million has been invested into the indoor production space of shipyard since 2009 (Adams, 2013), allowing for growth and future capacity. This investment allowed for the doubling of the indoor production space; an impressive feat considering that brought the square footage up to 556,000. This stability is crucial for a community that is not always so fortunate. Over 1400 employees as of 2013 work for FMM, with more added every year. The stability of government contracts in place for years to come is a godsend. In October of 2013 the unemployment rate was 7%, which is under the national average of 5.7% at the time (Adams, 2013). This makes every job at Marinette Marine valuable to the community of 11,000 people. The company has also partnered with a local technical college to help provide its employees with continued education. This impact is not simply to the employees, but also the surrounding community. The city of Marinette invested $3 million into streets leading to the shipyard, further improving the area.

The impact of the Littoral Combat Ship contract awarded to Lockheed Martin and Fincantieri Marinette Marine will be felt by the community of Marinette for decades. It brought stability to a large portion of the community and will continue to do so as the LCS fleet is further built up. Furthermore, Marinette is proud to be playing a part in technological advancements to our nation’s military. Each ship built brings new lessons learned, which are then applied to the next ship, and will be applied to future ship designs. These cutting edge ships will define future naval warfare and play a big part in the United States’ national security and Marinette should be incredibly proud of that.