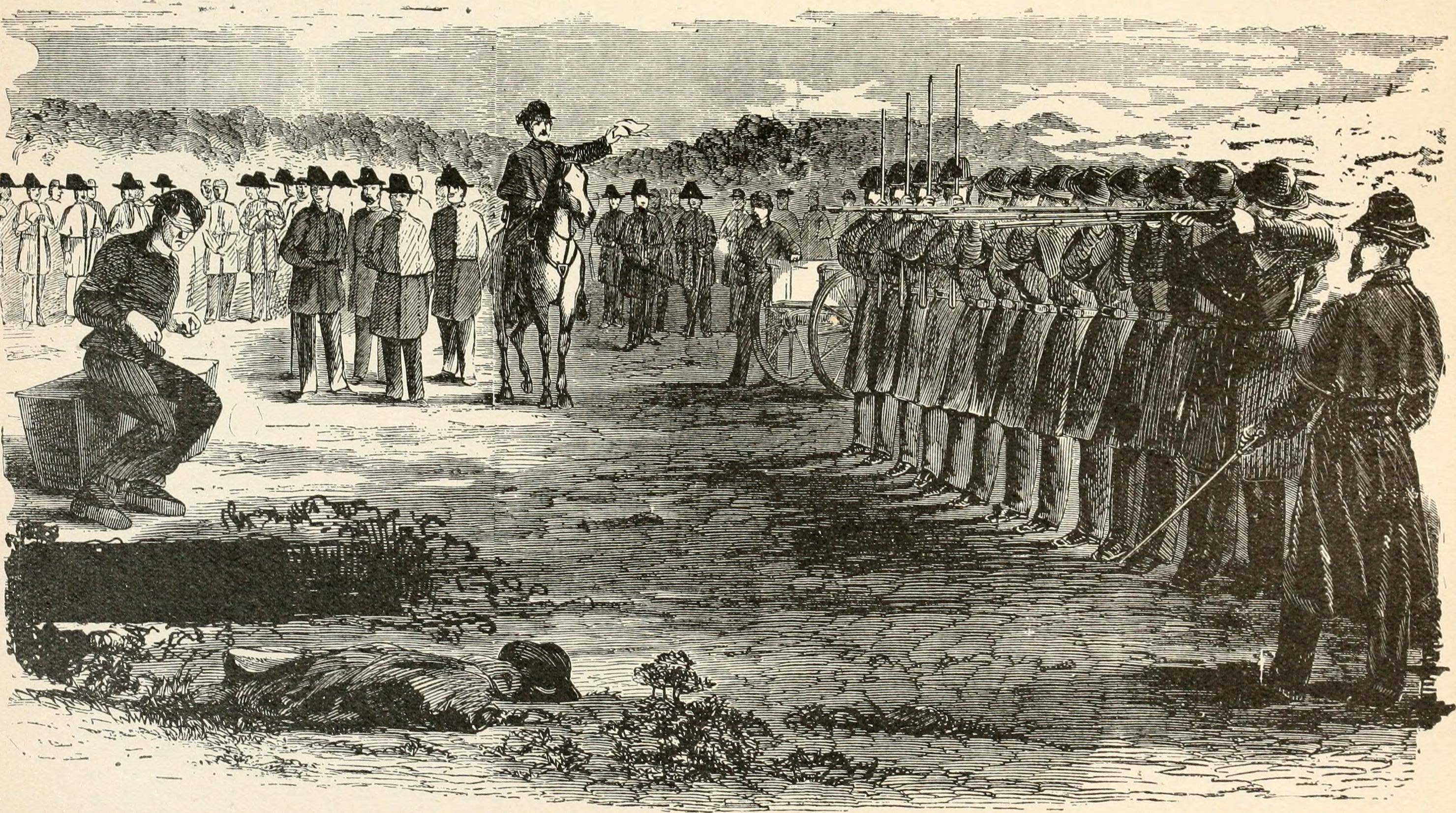 The 24th Michigan Infantry Unit was an integral part of the Union victory at Gettysburg. Along with other Iron Brigade units the 24th helped stopped an advance by Confederate General Archer as well as capturing General Archer. Without the defensive effort provided by the 24th, the Battle of Gettysburg may have gone down as a Confederate Victory.

The 24th Michigan Infantry Unit was brought together in Detroit in the summer of 1862 and joined the existing Iron Brigade (consisting of units from Wisconsin and Indiana) on October 8, 1862.  The name “Iron Brigade” was bestowed upon these Midwestern units by General McClellan who pointed out that these units, “were like iron,” at the Battle of South Mountain.  The unit was under the command of Colonel Henry Morrow who served in the Mexican War and was a judge between wars.  Prior to the 24th joining, the Iron Brigade was severely weakened after battles at Antietam and Brawner’s farm and numbered less than 1000 men.  The brigade commander John Gibbon requested reinforcements preferably from a Western state, in return he received exactly what he wanted with Michigan’s 24th Infantry Unit.  The formation of the 24th was conducted by the governor of Michigan at the time.  Governor Blair initially called for six regiments to be formed, one from each congressional district.  However, due to a strong anti-war rally in Detroit, only one large regiment would be formed.  This regiment would be comprised of entirely pro-war men and experienced veterans who were chomping at the bit to defeat the Confederacy.  It must be emphasized that these men did not receive any sort of compensation for their combat duty, they were strictly a volunteer regiment.  The age gap of the 24th was large with the youngest member, Willie Young, serving as a drummer at the age of thirteen. The oldest member of the 24th claimed to be 44 however, upon his death it was discovered that he was actually 70 and had died his hair to appear younger and be able to serve.  This age gap would prove advantageous as experienced men would serve as drill sergeants in training, showing men new to war how to be effective soldiers, those with experience would also often serve as officers in battle.  The regiment would also serve inadvertently as a sort of recruiting method as a large number of men who witnessed the training of the 24th would go on to enlist.  The 24th was comprised of over 1000 men divided amongst 10 divisions.  This would be the largest the 24th would be in terms of manpower, as the North had a policy of creating new divisions instead of reinforcing existing ones with new soldiers.  The Confederacy would adopt the opposite policy of reinforcing existing divisions.  This would prove advantageous as new soldiers would fight alongside veterans and learn how to be more effective in battle.  The 24th would be led by experienced commanders however and this would be useful in mobilizing the regiment as there would be no question of ranks which would allow the unit to move to combat sooner.  By the time the 24th had finished training and was preparing for real war they began to look more like a regular army as opposed to a volunteer force.  On August 29, 1862, the 24th Michigan Infantry was finally called in and began the journey to become heroes in battle.  The Iron Brigade’s uniform differentiated from the traditional uniform dawning a black Hardee hat, this earned them the nickname, “the black hats”.  The rest of the ensemble was much more dressed up than other Civil War fighters, as the Iron Brigade soldiers wore white gloves, white leggings, and different jackets.  The other regiments of the Iron Brigade had already seen battle and the 24th still had to earn the right to adorn the same uniform as well as earn their respect.  However, thanks to the 24th’s efforts, the Iron Brigade was an integral part of the Union victory at the Battle of Gettysburg.  The 24th Michigan Infantry Unit was comprised of solely Michigan volunteers.  Most men of the 24th were from Wayne county as well as surrounding counties.  These men fought with honor for the Iron Brigade sharing pride with their Midwestern brethren.  Prior to fighting at the Battle of Gettysburg the regiment had only seen action at Fredericksburg and Port Royal.  During the battle at Port Royal, the 24th was able to capture several prisoners and push the Confederate forces back.  But the true story of the legacy of the 24th Infantry Regiment was written on the first day of the Battle of Gettysburg.

“It was to the Iron Brigade more than any other that the nation owes its salvation at Gettysburg and we say not more than history will verify, that of all the heroic regiments the Twenty-fourth Michigan stands preeminent for its devotion and valor.  Against the overwhelming hordes of the enemy, it stood for hours, a wall of granite, which beat back, again and again, the resolute but baffled foe.”

In later years historians would argue that Pickett’s charge on the third day of Gettysburg was the deciding feature of the Union victory at Gettysburg.  However, upon closer examination it can be seen that the Iron Brigade’s struggle on the first day was the greatest.  An authority on the regimental losses at Gettysburg states, “This Corps did some of the best fighting of the war.  It fought that day with no other protection than the flannel blouses that covered their stout hearts.”  The Battle of Gettysburg was one the most deadliest of the the 19th century, the only single battle that comes close was the Battle of Waterloo.  A close comparison can also be drawn between the two battles in terms of casualties with roughly 50000 in each conflict.

The 24th Michigan Infantry Unit was assembled on August 15, 1862. On December 13th, 1862, the 24th would fight their second battle at Fredericksburg.  It was here that they would begin earning the respect of their Iron Brigade brethren after attacking a Confederate artillery battery firing on the Iron Brigade’s position.  On April 28th, 1863 the 24th helped with the Fitzhugh’s crosing of the Rappahannock river.  The 24th was not part of the crossing, however they held a position to defend the crossing.  After this they fought at Gettysburg.  After experiencing high losses at the Battle of Gettysburg the 24th would return to the helping the Rappahannock river chasing fleeing Confederate forces.  The regiment would soon take part in the Battle of the Wilderness suffering close to 100 casualties.  With limited numbers remaining the 24th considered to be a successful force among Union divisions moved to Petersburg.  Going into Petersburg with 120 soldiers and ending that campaign with 82 troops remaining.  The 24th fought hard to defend Petersburg from the Confederate attack.  With most casualties being chalked up to enemy artillery and snipers.  The last battle the 24th Michigan Infantry Regiment would fight would come at the battle of Dabney’s Mills.  After this confrontation the unit would be sent to different areas to serve as guards at miscellaneous cities and forts.  They were also honored with the deed of escorting President Lincoln’s funeral procession in Illinois.  On June 30, 1865 the regiment was removed from Federal Service.

3.Curtis, O.B. “History of the Twenty-Forth Michigan of the Iron Brigade, known as the Detroit and Wayne County regiment” (1891) Detroit, Michigan