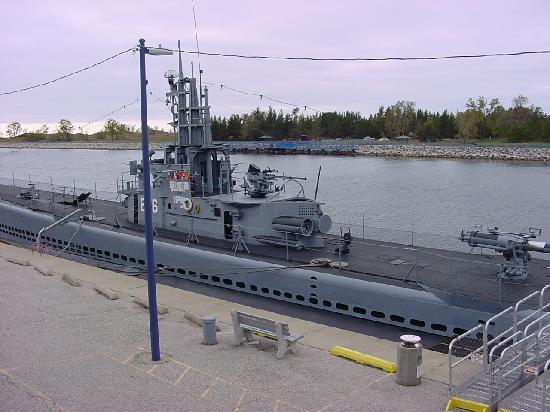 The USS Silversides was one of the finest submarines called for during the onset of World War 2, and had one of the most impressive service records.  Commissioned one week after Pearl Harbor, she sank dozens of ships in a span of only about two and a half years, and damaged several more (Tannenbaum 1993, 58).

December 7, 1941, the day that would live in infamy, marked the entry of the United States into World War 2.  The US had already been building up its military assets and infrastructure for such an event, but Pearl Harbor was shocking nonetheless.  One glorious entity that did come into existence as a result of Pearl Harbor, terrible though it was, was the USS Silversides.

The Silversides was built for one purpose – to seek and destroy Japanese ships in the Pacific Ocean, particularly the freighters and merchantmen, laden with valuable resources such as rubber or iron ore.  Starting with her first patrol on April 30, 1942, she put approximately 100,000 tons of enemy ships on the floor of the ocean, and damaged another 30,000 tons, until being decommissioned from active military service in 1946.  She still served as a training vessel until June 30, 1969.  On that day, “…her name was stricken from the Naval Register…” and “She was backed down the pier and lay idle until 1973.” (Tannenbaum 1993, 58).  In 1973, she was moved to Chicago’s Naval Armory where she stayed for six years until a demand by Chicago for back rent led to the relocation of the Silversides to her current home, Muskegon, Michigan.

Per the mission reports the USS Silversides filed, almost one year to the day after Pearl Harbor, the Silversides departed Brisbane, Australia on December 17, 1942 to begin her fourth patrol of the war.  She spent a fair amount of time submerged to hide from aerial reconnaissance and chasing down enemy shipping that kept escaping.  A mere five days into the patrol, a crewman, G.H. Platter, according to the mission reports, had managed to acquire a severe case of appendicitis.  T.A. Moore successfully performed the surgery, finishing in the early morning, on December 23.  Despite the use of ether in the closed space of a submarine, the crew suffered no ill effects and the Silversides surfaced.  Remaining on the surface for a while, the Silversides identified a dark ship and decided it was likely a friendly submarine.  After the dark ship turned to pursue, the Silversides sent recognition signals to determine whether this mysterious vessel was an ally.  The response quickly revealed it was not, in fact, a friendly vessel, so the Silversides quickly fired off two torpedoes.  The first torpedo blew up early, and the fate of the second is not known.  The response of the vessel, once again contrary to the belief of the crew, revealed it was not a submarine.  Shortly after being fired upon, the ship dropped depth charges on the Silversides, but to no avail.  After ceasing the depth charge attack, the Silversides surfaced only to be targeted by a plane dropping a trio of bombs, followed by the return of the destroyer.  The plane did moderate damage to the Silversides,  resulting in the dive planes getting jammed into a position where only full dive was possible.  After utilizing that damage to their advantage to escape the plane and destroyer, control was finally regained over the troublesome bow planes and the Silversides narrowly escaped getting crushed by the ocean.  The submarine managed to limp away, and Moore arguably became the luckiest crewman to ever set foot aboard the USS Silversides.

After this immediate excitement, the Silversides settled down to more mundane activities such as evading recon planes and escorts too large or too small to attack.  January 18, 1943 began with a sighting of a tanker and small escort vessel shortly after midnight.  A couple of hours later, the Silversides let loose four torpedoes upon the tanker.  Three of them hit, with the final one effectively blowing up the tanker.  After the successful engagement, the commanding officer of the Silversides decided discretion was the better part of valor and dove to avoid the depth charges of the escort.  Unfortunately, this time, some of the charges found their mark.  This led to the Silversides venting air bubbles to the surface, immediately drawing the undivided attention of the escort.  Another salvo of depth charges, this one enough to “jar our teeth” (USS Silversides Mission Reports, Part 1 pg. 77), luckily wasn’t enough to deal any more significant damage to the sub.  The escort eventually peeled off on another route, and the Silversides surfaced.  However, in doing so, they picked up an uninvited guest, an enemy plane, who trailed them for the better part of an hour before finally dropping ordinance on their position.  The damage that caused the air bubble still wasn’t fixed, and now there was an oil leak to deal with, but the Silversides wasn’t done with her patrol, and proceeded on four engines instead.

It proved to be a wise decision proceeding with the patrol, as the next day the Silversides found a jackpot of four freighters and a pair of escorts.  After stalking the convoy for five and a half hours, the Silversides made her move.  After firing half a dozen torpedoes and getting a one hundred percent hit rate, the Silversides retreated beneath the cover of the water to wait out the depth charge counter, which she did quite successfully.  According to the mission reports, only one freighter had a functioning screw propeller after the attack, so the Silversides either sunk or severely disabled a trio of freighters simultaneously without receiving so much as a scratch.  Unfortunately, despite avoiding every depth charge, the Silversides developed an air leak that was “quite loud” (Mission Reports, pg. 79), as well as the outer door of torpedo tube number six getting jammed open.  An inspection failed to yield a solution.

As if all the Silversides successfully endured wasn’t quite enough, a follow up inspection revealed that a live torpedo was stuck in tube number six, resulting in the jamming of the tube door.  Dislodging the weapon proved unsuccessful, so the Silversides re-fired it, which fortunately worked.  Shortly thereafter, a potentially mission-ending fuel leak was found and the air leak was still unresolved.  As though the universe itself wanted the Silversides scuttled, “…an explosion occurred in #1 main generator…” (Mission Reports, pg. 80), which was caused by ocean water dripping onto the contacts of one of the batteries.  Simultaneously, the main induction operating gear failed.  This one was caused by a box of Cream of Wheat getting stashed under the bell crank lever*.  It might have been easier to bear had these incidents been more spaced apart, but the mission reports state that this occurred “all within two hours time” (pg. 80).

In an attempt to find and seal the air leak, the last straw was encountered and the mission was terminated early.  The air leak problem was solved, but another one quickly took its place.  The heating of a loose terminal resulted in damage that could not be repaired at sea.  A bypass circuit was crudely implemented to allow for operation of the submarine, and though it was possible to seal both the air and oil leaks, the Silversides had no choice.  She could not continue on in this condition and had to retreat to Pearl Harbor for refit and repair, but only two days early.

By the end of World War II, the USS Silversides had done damage totaling more than an astonishing 100,000 tons.  Few submarines were as successful, or perhaps lucky, as the Silversides.  It is fortunate that this magnificent relic is still with us.

*Due to the limited space of submarines, crewmen utilized every spare cubic inch of space to store food.  It was not uncommon to find things like potatoes even in components critical to operation.  The food, however, was the best in the entire US military.