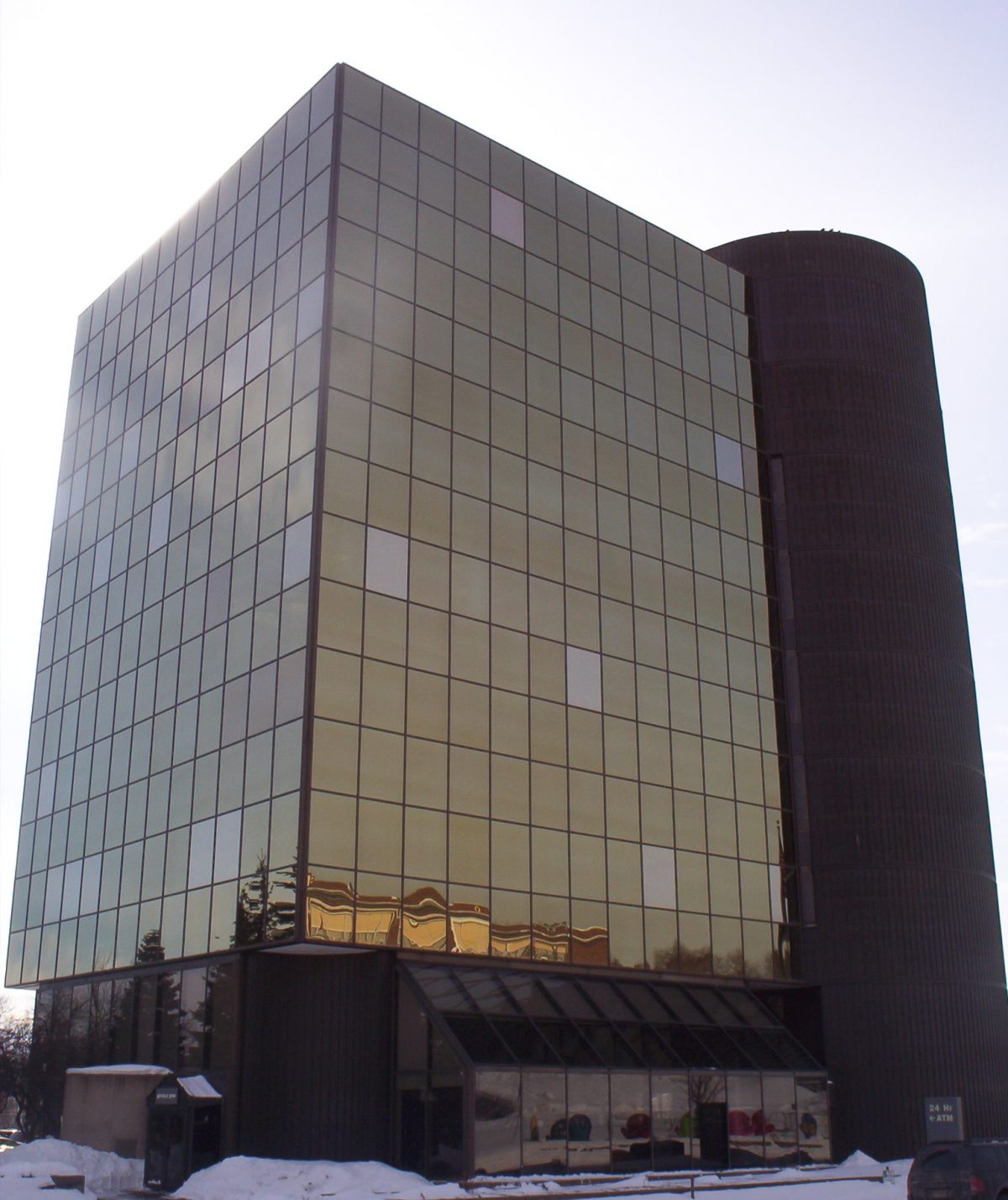 The nine-story building at 400 Quincy St. was built in 1972 by General Contractor Herman Gundlach, Inc.2 The building stretches 135 feet high and consists of 54,600 square feet of reflective glass and a cylindrical section made of 17,000 pounds of copper laminated to steel, forming a landmark in the Upper Peninsula.3 D&N contains more than 1000 lighting fixtures, 36 ½ miles of electrical wiring, 1,000 square feet of slate flooring, 1,300 square feet of ceramic tile, 1,500 square feet of vinyl tile, and 28,800 square feet of carpeting.4 This building, which uses native materials such as copper on the circular tower and native wood throughout the interior, is the only high-rise building in Hancock.

D&N originally occupied the entire building, but its presence in the Copper Country has shrunk though reorganization, and the building is currently used by Citizens Bank, the Michigan Tech Fund, Otis Elevator, and Denver Hardwoods.

Buildings by TMP Associates, Inc. in the Copper Country