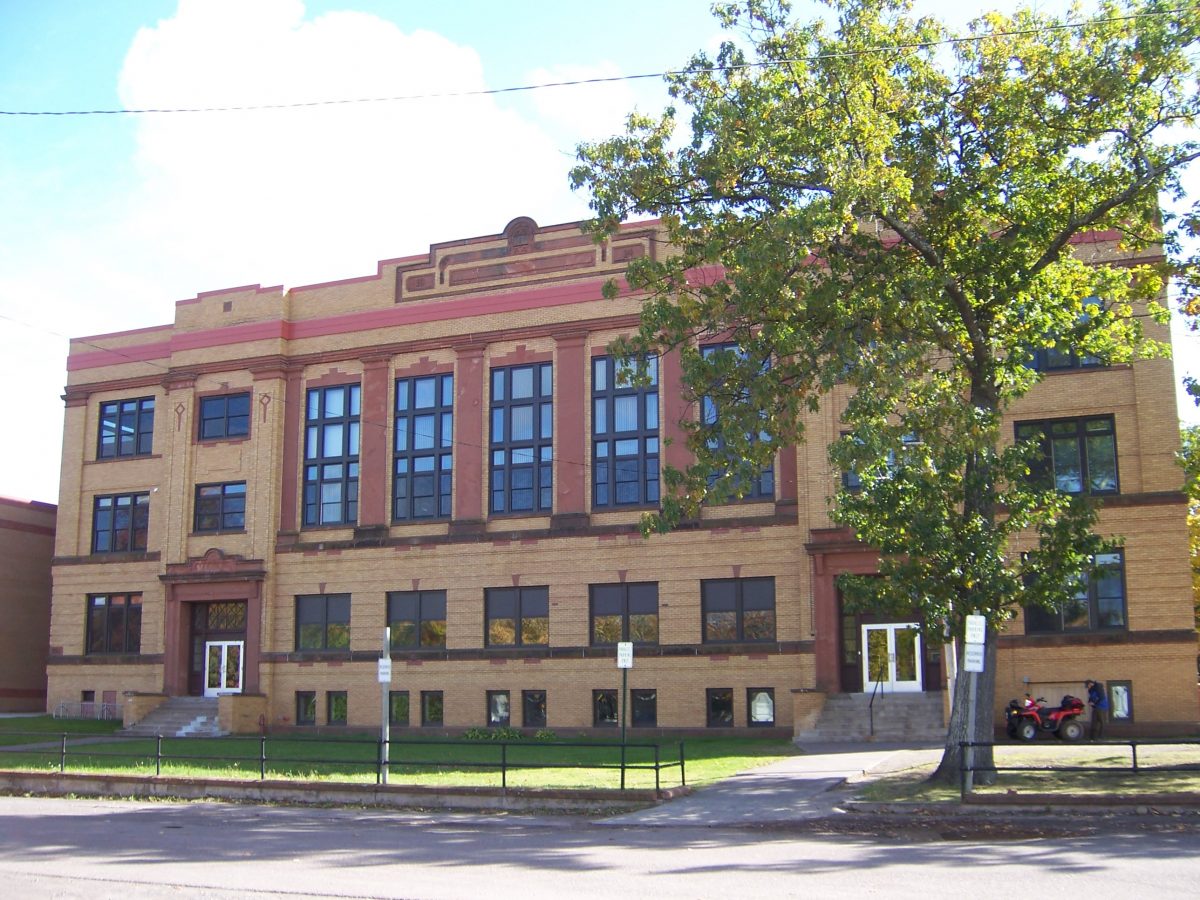 Built at a cost of $65,000, the Dollar Bay High School was clad in a buff brick made in Ripley, trimmed with Jacobsville sandstone. The building measured 140’ x 90’, with a 55’ x 30’ projecting boiler room in the rear. The building is three stories tall on a high basement. On the upper floors, the two-story windows separated by pilasters indicate the assembly hall. There are two handsome entrances and the building is crowned with a parapet. When built, it was called “one of the most modern school houses in the state.”2

Buildings by Derek Hubert in the Copper Country