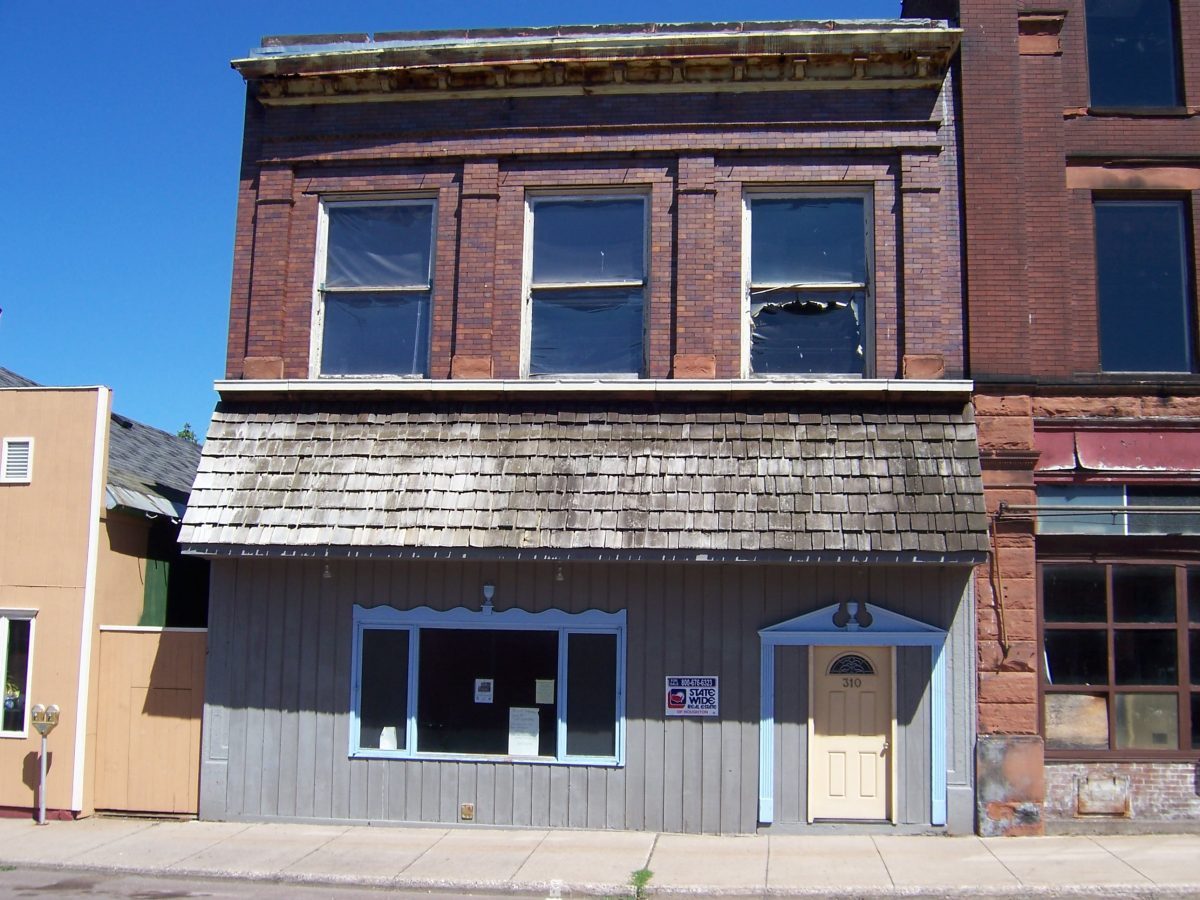 Bartholomew Quello, who owned the three-story building next door, acquired this lot for $5,000—a record price for Calumet real estate at the time. The lot held a frame building occupied by a candy kitchen and a Chinese laundry. Quello had that building torn down and a new building designed for F. M. Kirby & Co., a firm in Wilkes-Barre, Pennsylvania, that operated fifty-five 5¢ and 10¢ stores nationwide.1 The newspaper article explaining this said that the new building would both be compatible with the Quello Block (perhaps in its use of brick with sandstone trim) and have the same storefront as all Kirby stores. Between 1912 and 1916 Kirby merged his then-96 stores into the F. W. Woolworth Co., which operated at this site into the 1940s, and in Calumet into the late 1990s.

The first floor of this building has been significantly altered with a wood-shingle pent roof, wood siding, small windows, and a poorly fitting Colonial Revival door surround. Above, however, the original building is apparent. The second floor front has brown ironspot brick and three windows separated by pilasters. The bases of the pilasters are sandstone. The metal cornice with scrolled modillions, as well as a thin egg-and-dart molding, also survive. Historic photographs show two storefronts. The first, for Kirby, had plate-glass show windows, angled toward the center entrance. The Woolworth storefront had three rounded show windows and two entrances.