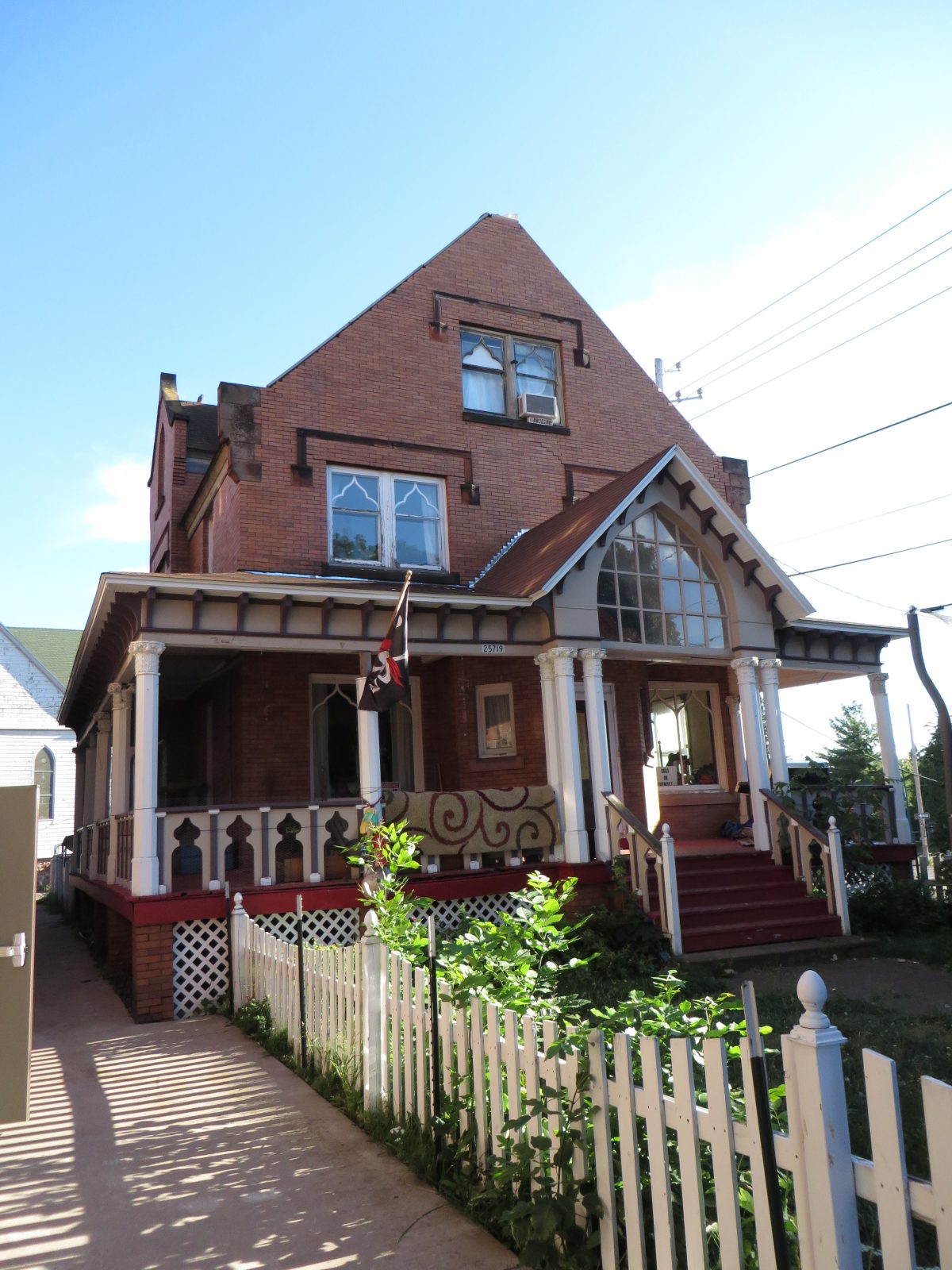 A French Canadian congregation built St. Anne’s Roman Catholic Church in 1900 at the corner of 5th and Scott streets. In 1909, the congregation replaced the pre-existing parsonage next door on Scott Street with this large brick building.1 Hessenmueller employed a Tudor Revival style, probably in an effort to make it compatible with the Gothic Revival church. The two-and-a-half-story building had prominent cross gables trimmed with stone. Window hoods and decorative lights in the windows are additional stylistic references. A large wooden porch with a Gothic-arched entrance and trefoil decorations between the columns adorned the front.