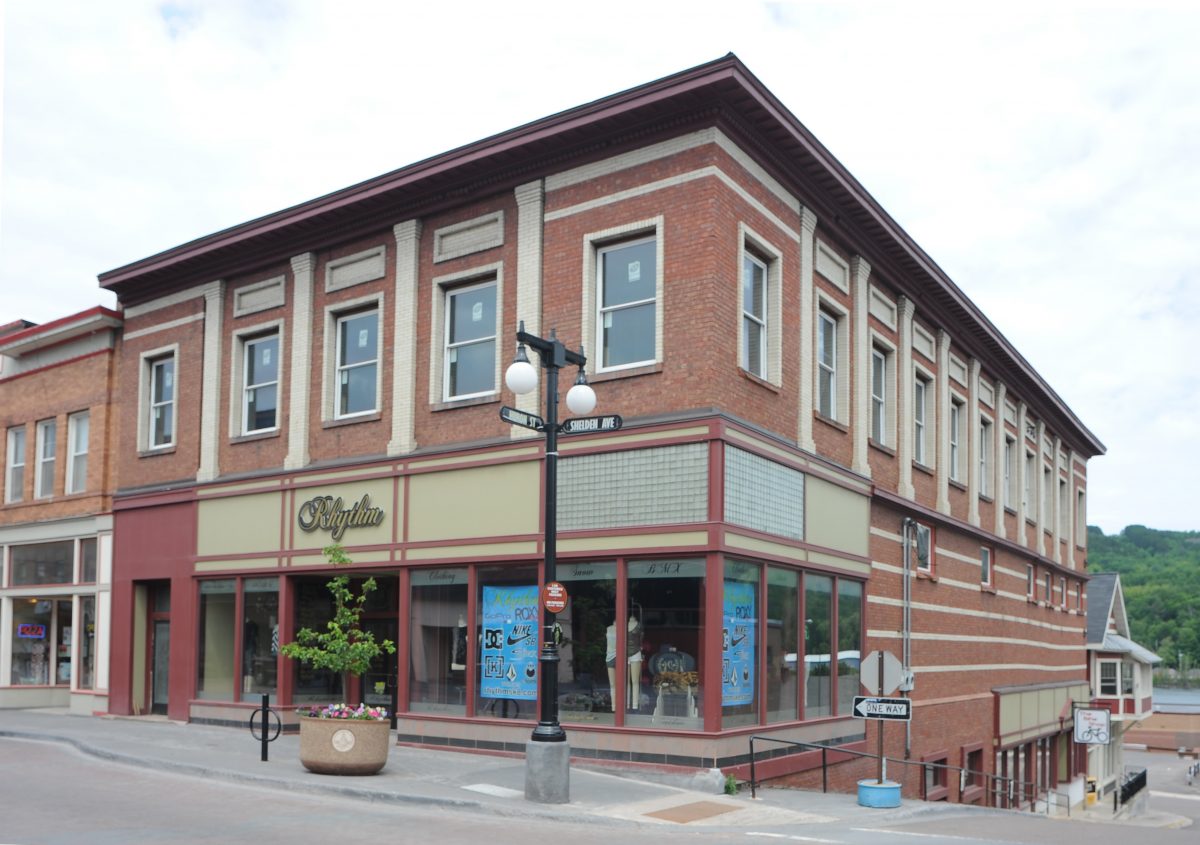 The Leopold Building was developed for Nathan Leopold, one of the founders of the South Range State Bank. The newspaper described the building: “The building ranks with the finest business blocks in Houghton or the copper country.” It was occupied by a department store on the Shelden Street side and a bar on the Huron Street side, with offices on the second floor.1

The building, according to the plans, was rectangular in shape, two stories tall and five bays wide.2 The building is red brick with white-glazed brick trim. Pilasters separate the windows on the second floor. On the front, the end bays are differentiated, with a cornice-like white trim, and the three center bays have white panels over the windows. On the Huron Street side, white stripes in the brick decorate the first-floor wall.