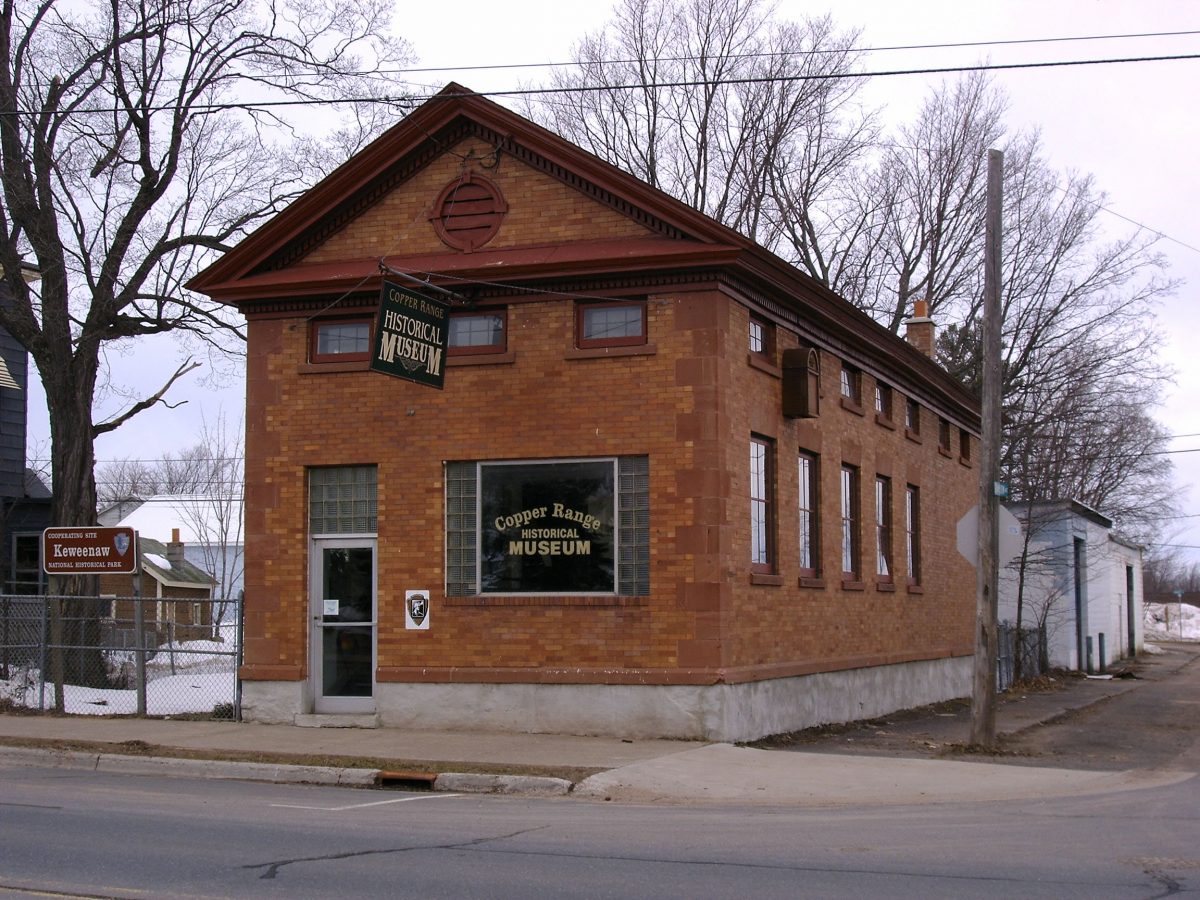 The South Range Bank was founded by a group of men that included Nathan Leopold and Allan Rees, both of whom employed Ottenheimer to design other buildings in the U.P.1 Since 1993, the building has been home to the Copper Range Historical Museum.

The bank was designed in the Classical Revival style, with a pedimented gable front and a denticulated cornice. The orange-ish brick is trimmed with smooth-faced sandstone. There are attic windows below the cornice. On the side walls, the windows have splayed lintels and keystones. Originally, the entrance was in the center bay, topped with a bracketed and modillioned hoodmold. The entrance was changed to the present configuration in 1905, when a plate-glass window was installed.2

Inside, a large open space accommodated the bank’s windows and cages. Behind this room were the office and stairs to the second floor and basement. The second floor held living quarters or offices.3