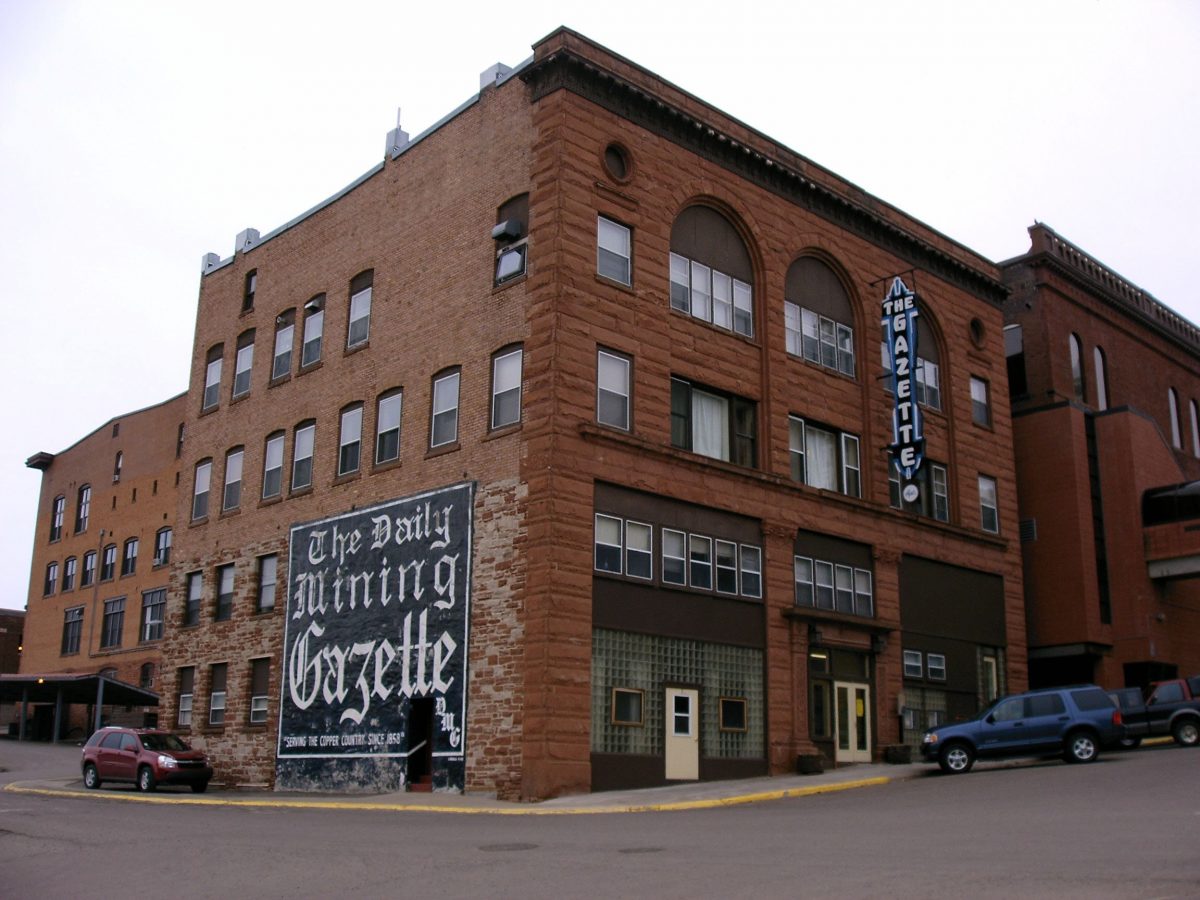 The James R. Dee Block is located in downtown Houghton close to the Shelden-Dee Block and the Douglass House. James R. Dee started the telephone business in the Houghton-Hancock area, and brought electricity to the area through the Peninsula Electric and Light Company.1 As the demand for electricity increased, Dee needed a new place of business. To accomplish this, he hired Ottenheimer to design the James R. Dee Block that would be home to his electric company.2 The Daily Mining Gazette and the post office were also located in the building. In 1980 the building was converted to apartments and is currently called the Gazette Apartments.

The four-story building, built into the hillside, has a rough-faced Jacobsville sandstone front. Two-story pilasters define the entrance, which is flanked by large windows that have been partially filled in. The third and fourth floors are united in large round arches, with roundels in the corners of the façade. The façade is topped with a modillioned cornice. A painted sign advertising the Daily Mining Gazette remains on the north side.