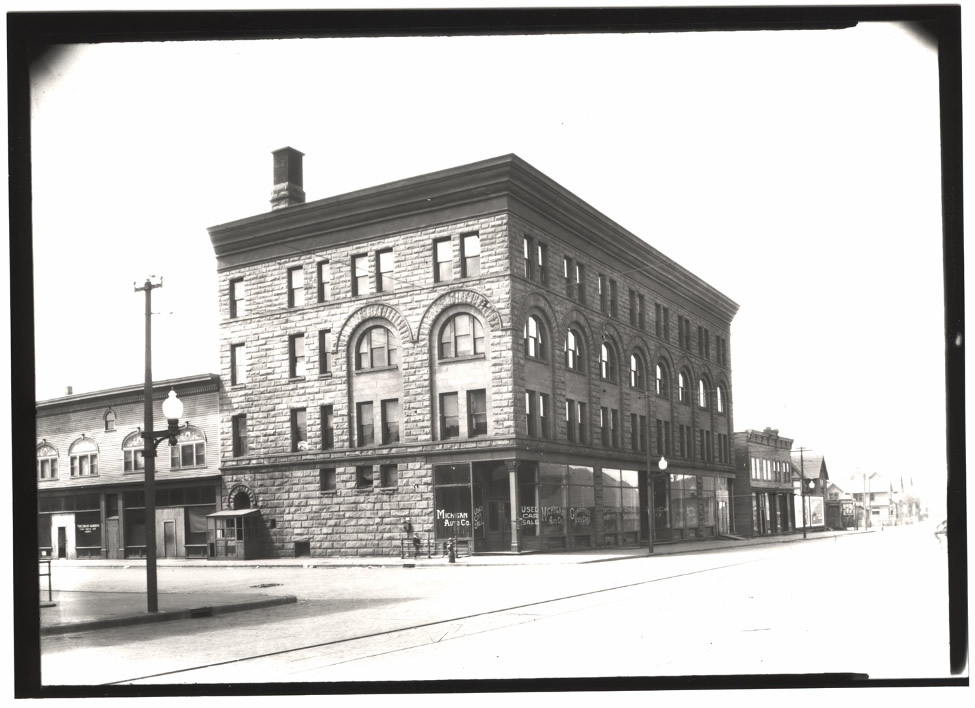 Although this business block was initially designed for four separate stores on the first floor, the entire floor was originally occupied by the Lieblein wholesale firm, based in Hancock. In later years, it was home to the Michigan Auto Company. The building was destroyed in a catastrophic fire on March 3, 1950. Joseph Miglio was killed and Charlie Ryan, Sr., lost his leg when they were crushed by a large portion of the front wall that collapsed into Oak Street as they were fighting the fire.2

The four-story masonry building ran roughly 120 feet along Oak Street and 45 feet along 8th. The façade was clad in coursed, rusticated sandstone and topped with an overhanging cornice. Plate-glass storefronts with recessed entrances opened up the first floor. The second and third stories were united in tall round arches, with spandrel panels between floors. At the second story the windows were paired within these arches; at the third level were three windows with double-hung sash. Paired windows surmounted the arches at the fourth level. The second and third floors were divided into apartments and the fourth floor was used as a lodge hall and club rooms.