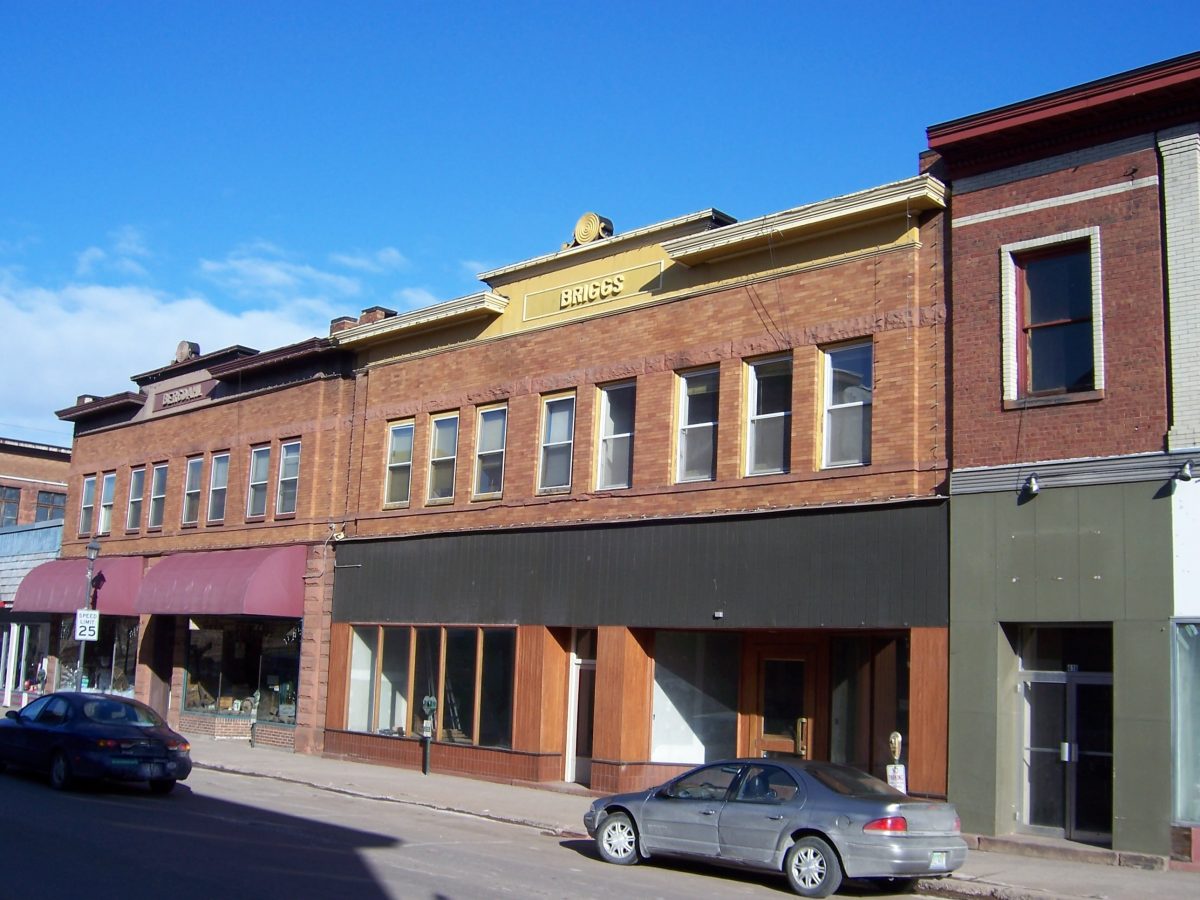 These two-story buildings have large storefront windows on the first floor, surrounded by Jacobsville sandstone walls. The entrance to the second floor in the center bay of each building is framed in sandstone, with a round arch and keystone. The second floor is brick, with four sets of paired windows. The galvanized-iron cornice is plain, but rises in the center for the nameplate. Originally, prism glass filled the transom windows.