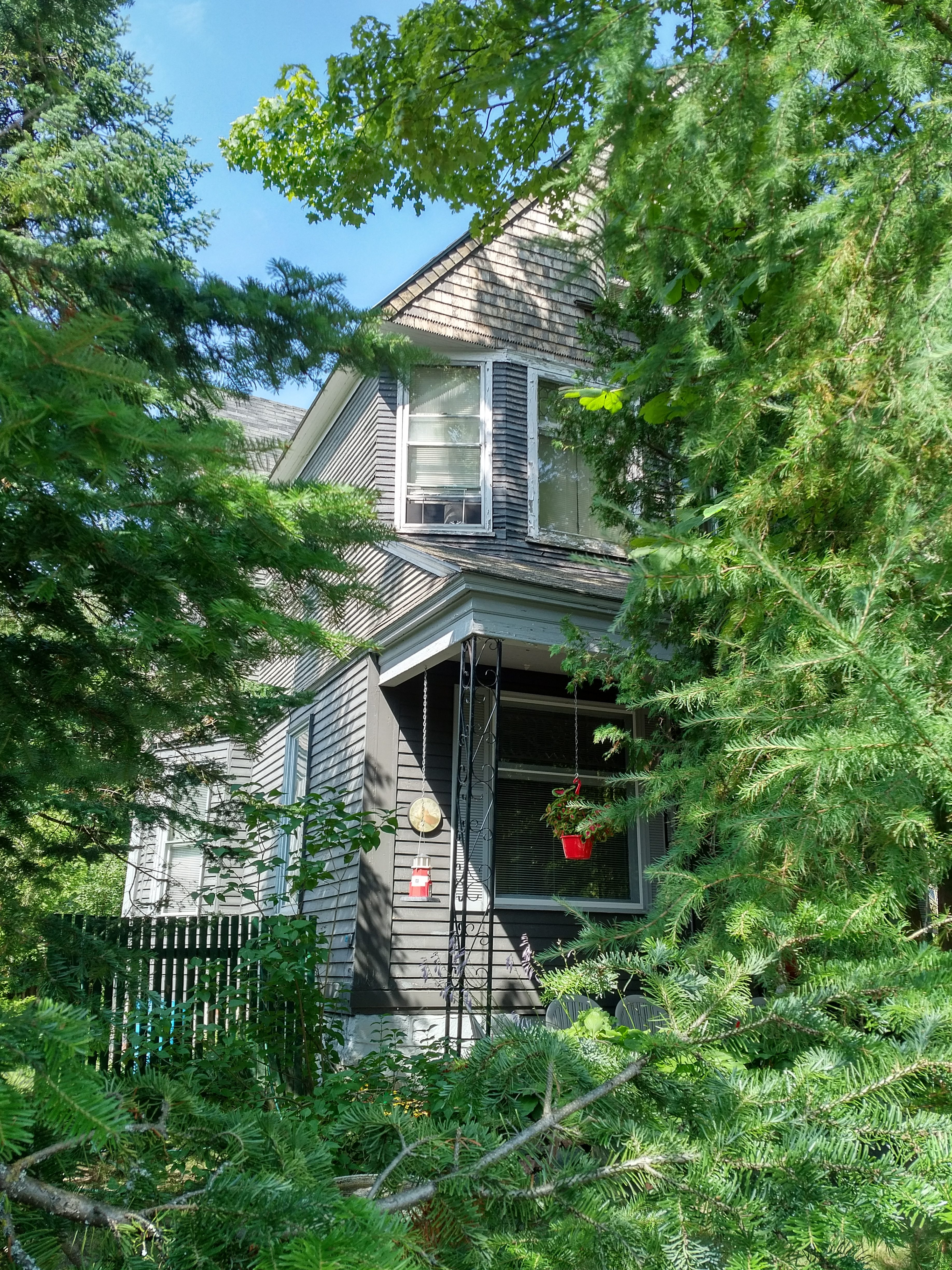 Edward F. Cuddihy had this house built for himself and his bride in 1901.1  By 1910, though, he was a widower with two young sons.  At that time, he lived in this house with sons John, age 7, and Edward F., age 5; Mary Laiken, age 66, who was his aunt and served as his housekeeper; and Adela Kirby, age 20, a Finnish servant.  Cuddihy was the assistant cashier of the First National Bank of Calumet.  His older brother, John D. Cuddihy, was president of the bank and manager of the Calumet Theater, and it was probably this connection that led him to select Charles Shand as his architect.  By 1916 Edward was promoted to cashier, but then his life seemed to take a turn for the worse.  In 1920 he was listed as a barber.  His son John was not listed in the census, and his younger son, Edward, then 15, was boarding with a neighboring Polish family.  His aunt, now 75, was still living at this address with Edward senior, along with a young female servant.2

This is the only house that has been identified as having been designed by Charles K. Shand.  Now hidden behind foliage, the house has a variety of surfaces and materials. The two-and-a-half-story wood-frame building sits on a stone foundation.  It has front-gable roof with two side gables.  Shingles ornament the gables, a thin clapboard covers the second floor, and a wider clapboard covers the first story.  In the gables, the walls curve in toward the windows.  There is a two-story bay window on the left side, an oriel on the right side, and a slightly projecting oriel window on the front.  A one-story porch adorns the front.  The newspaper noted that the house cost about $6,000 and was “one of the finest of homes erected in this city during the past year and a notable improvement to that portion of the town.”3

On the interior, “the finish is of antique and Flemish oak and mahogany, hardwood throughout….The mantels are of the latest pattern.  Bevel plate and art glass is used in the main windows.”4  Behind the front door is the stair hall, with a library behind.  On the left is a sequence of parlor, sitting room, and dining room, all joined by sliding double doors.  In the back right corner is the pantry and kitchen.  On the second floor were “five large bed rooms, bath room and dressing rooms.”  The basement had a furnace room for hot-water heat, fuel room, and laundry room.  The newspaper noted that “The home has all modern improvements and is ideal in its appointments in every particular.”5

Buildings by Charles Shand in the Copper Country