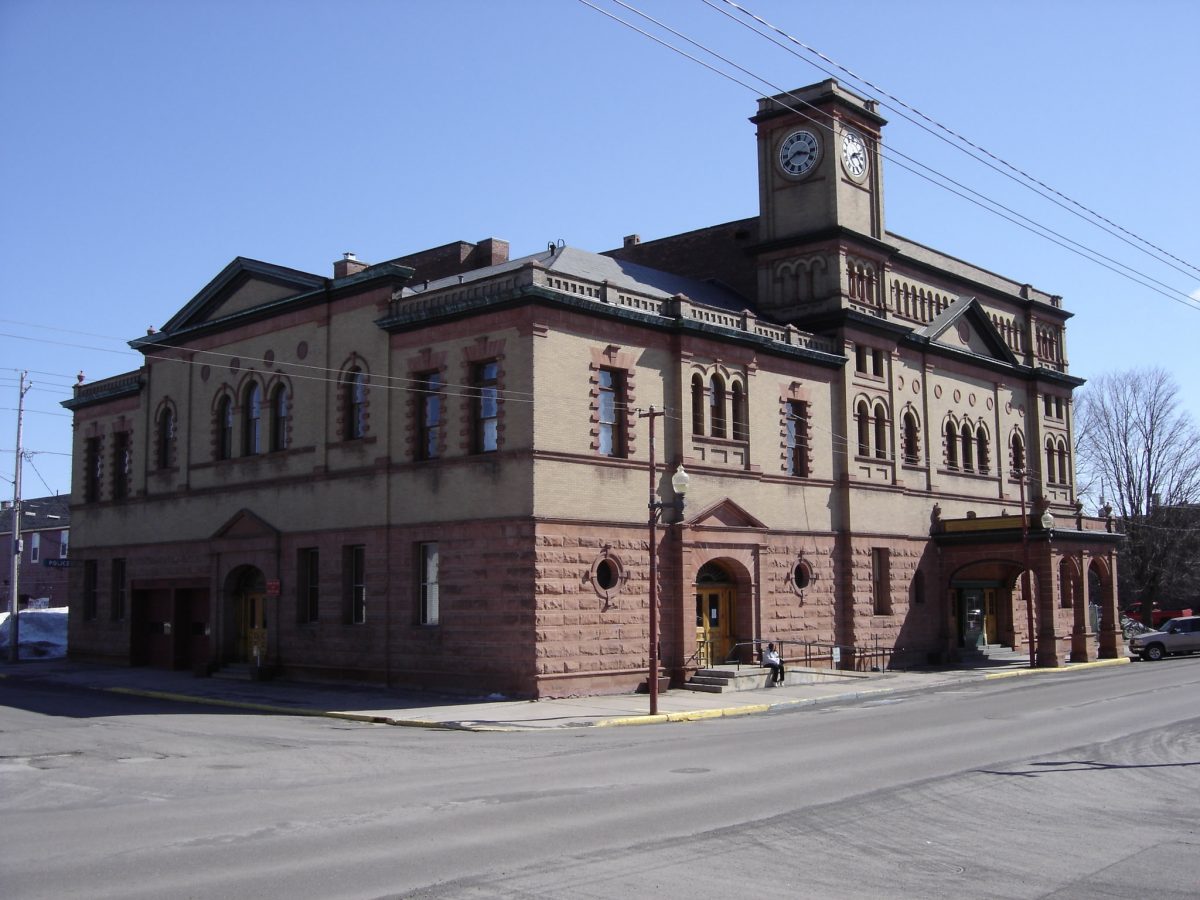 Calumet, located in the heart of the copper mining industry, experienced rapid population growth and built a village hall in 1886, designed by J. B. Sweatt. In 1898 the village decided to add an opera house to the village hall, at a cost of approximately $70,000.2 Shand was selected as the architect for this addition. The opera house, which seated 1,200, welcomed many great performers, such as John Philip Sousa and Sarah Bernhardt. However, with the invention of motion pictures and the decline in the copper-mining industry, the opera house was used more for movies than for stage productions. In recent years, it has accommodated a variety of music, theater, and film. The large municipal theater has undergone interior renovations and has been restored to its original colors. In 1999, the proscenium murals were restored.

When Shand was awarded the contract for the Calumet Opera House, the attached village hall (the building on the north side) had to be remodeled as well to match the architectural style of the opera house. Together, the buildings are in an Italian Renaissance style. The first floor, of Jacobsville sandstone, is rusticated. The second floor is a cream-colored brick, with round-arched windows paired and tripled. A clock tower marks the transition between the two buildings. The village hall has a pedimented entrance in the center of its 6th St. frontage. The opera house, taller than the village hall, has a porte-cochère topped by a balustrade and, above it, a pediment at the cornice.

The interior of the opera house, by William Eckart of Chicago, is awe-inspiring with intricate ornament, such as the thin layer of gold ornament that is located around the proscenium.3 The stage was approximately 60’ x 28’ x 60’, with the dressing rooms located below. At stage productions, the main floor and balcony were reserved for the upper echelon of society. In the second gallery, the working class took seats upon benches. Furthermore, there were four box seats reserved for the wealthy.4  The Elm Street side of the village hall was altered in 1964 to accommodate the fire station.