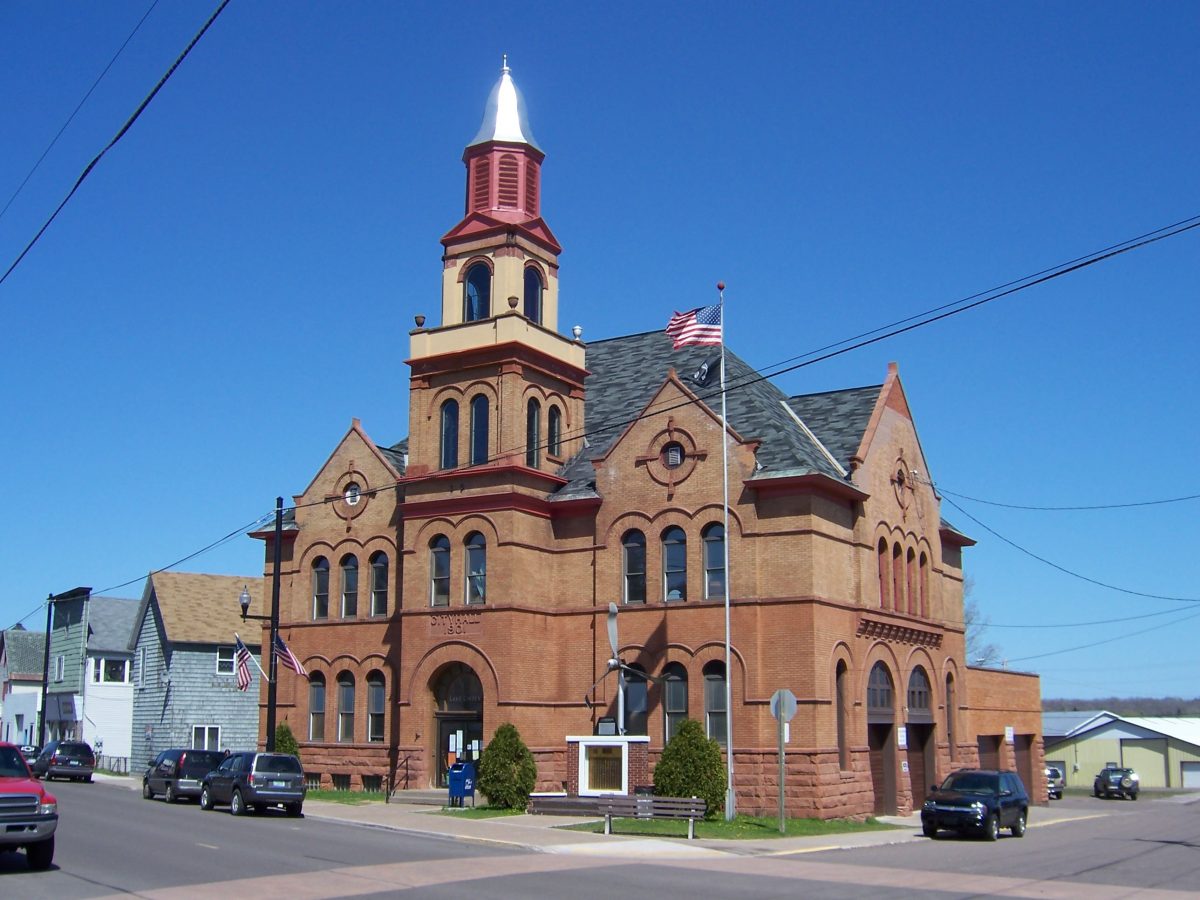 In 1887, a fire came close to destroying the village of Lake Linden, approximately 40 acres, and the business district was greatly affected. As part of the rebuilding, the Village Council decided to build a new village hall and fire station for $15,000. After Shand was awarded the contract for the design, L.F. Ursin, a local contractor, constructed the hall for $18,293. The Lake Linden Village Hall opened in March 1902. It was used for numerous activities such as elections, dances, and social meetings, as well as village government and fire hall. The building still serves as the village hall.1

The Lake Linden Village Hall is a good example of Romanesque Revival architecture. The building was constructed of coursed sandstone on the first floor and brick above. The village hall is a square, two-and-a-half-story building. The street façade is a symmetrical design, with a central tower, flanked by a gabled pavilion on each side. Each pavilion has a group of three arched windows on each level and the two levels are separated by a beltcourse. Smooth sandstone is used around the arched windows. The central tower has an arched entrance with double wooden doors, and the third level is decorated by a cornice, paired arched windows, and corner pilasters. At the top of the tower, there is a cupola with arched openings and a bell-shaped roof. On the south side of the building, there are two large arched doorways that served as the entrance into the fire hall. The Lake Linden Village Hall is topped with a large hipped roof which was originally covered with slate.

The first floor of the village hall contains a village office, lounge area and police station. Between the police station on the south side and the fire hall there is a hardwood staircase that leads to the second floor. Wood paneling and plaster is used on the walls. The second floor consists of a village council room, a large hall with a stage and a kitchen at the south end of the building. At the opposite end of the second level are bathrooms and storage space. The second level has high ceilings and the walls are paneled wood wainscoting with plastered walls on top. The wainscoting creates a horizontal pull which is contrasted by the sills and window cornices. Contrasting the whole interior of the village hall are the lighting fixtures throughout the rooms, which are designed in the art deco mode.2