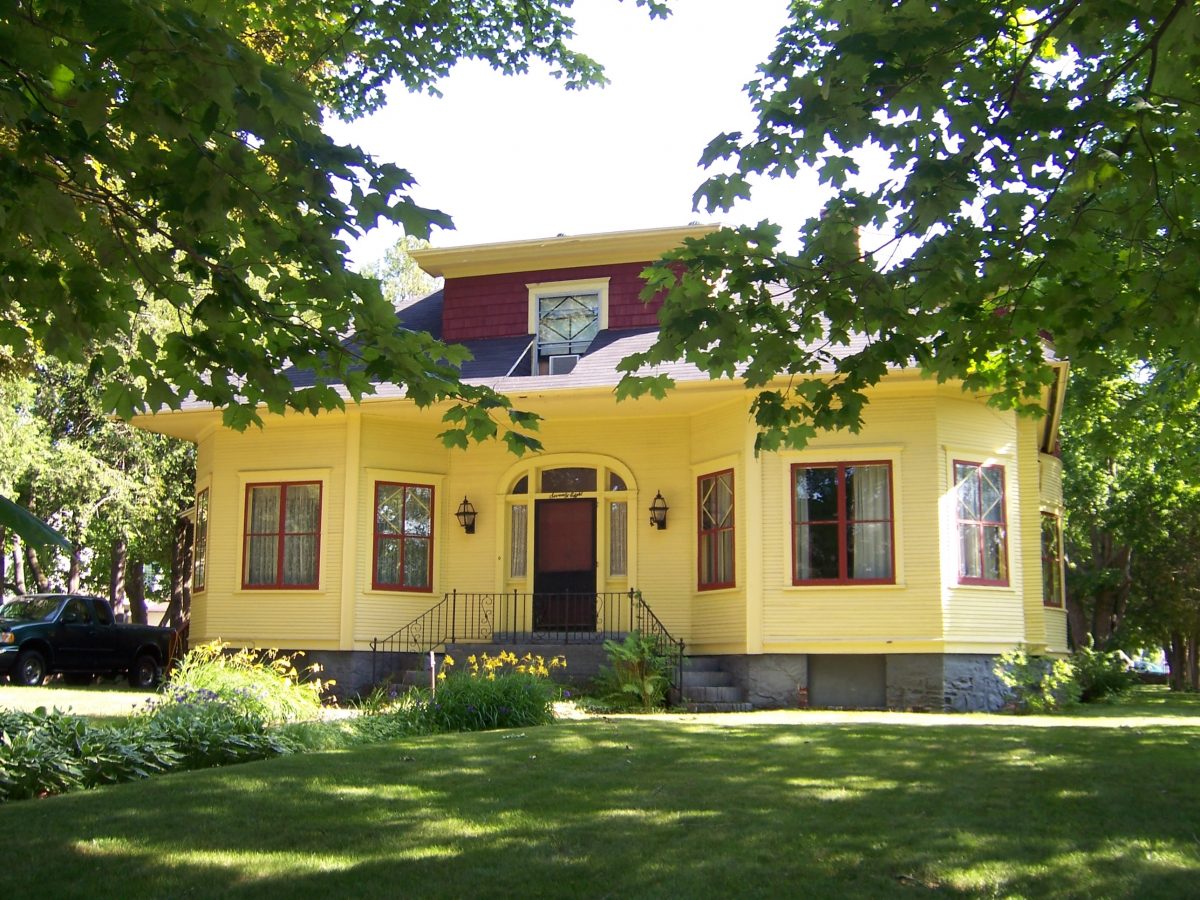 J. H. Lathrop, Calumet & Hecla’s chief clerk, commissioned this 47’ x 64’ house in 1906 but did not live to see its completion. The Colonial Revival-style house was two-and-a-half stories tall with a two-story portico. A one-story porch wrapped around the front. Two-story bay windows flanked the portico. The wood-frame house, sided with clapboard, was built on a stone foundation. It was noticeably similar in appearance to the Hoatson House.

The first floor featured a grand reception hall, 14’ x 22’ with a fireplace at the far end, finished in mahogany with a beamed ceiling. The first floor also had a reception room, library, den, dining room, kitchen, and pantries. The second floor contained four bedrooms, two bathrooms, a sewing room, and a dressing room. The third floor had four bedrooms, a bathroom, a “cedar room,” and storage spaces. The house was estimated to cost $25,000.1

Construction was completed after Lathrop’s death; the Guck family were later residents. At some point, the second and third stories were removed. The building is now one-and-a-half stories with a large shed-roofed dormer.