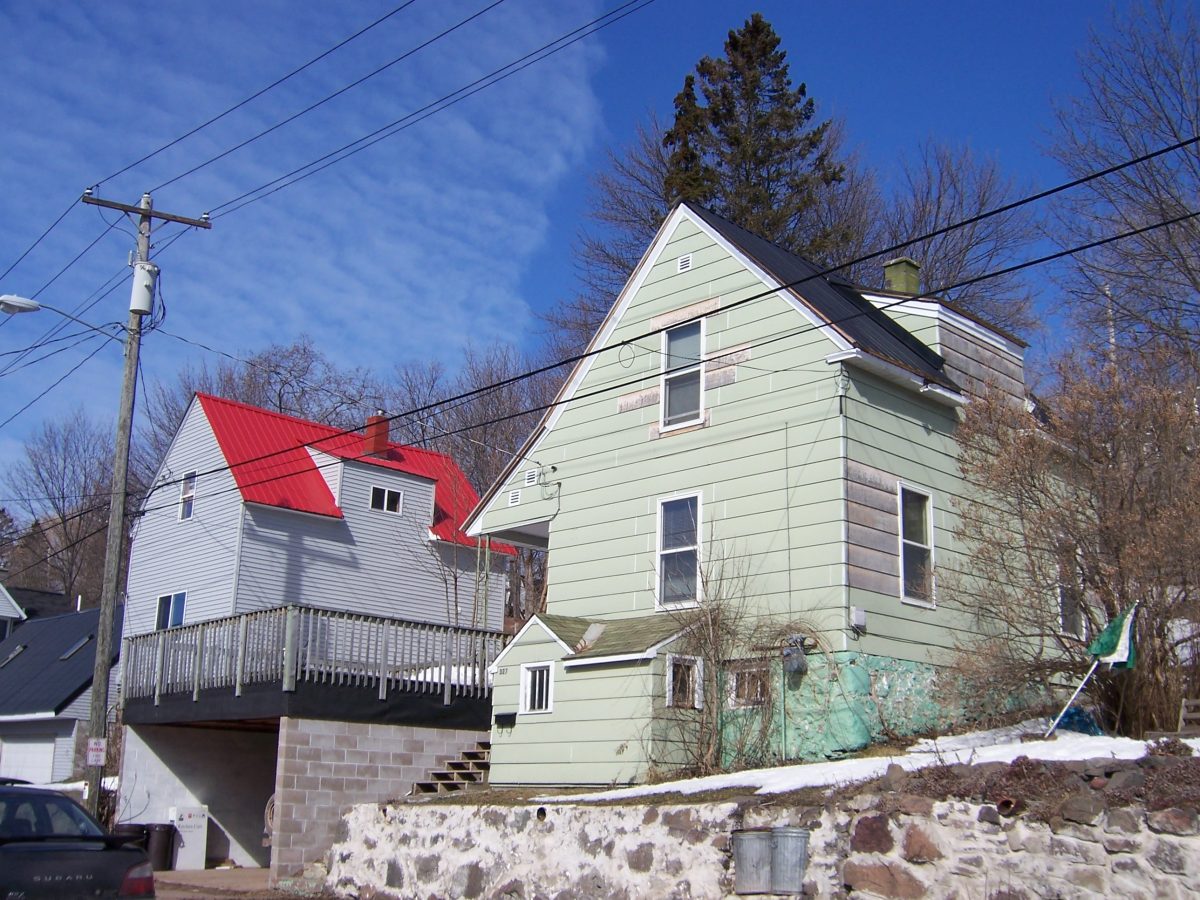 In developing the Quincy Hillside Addition to Hancock, the Quincy Mining Company displaced some residents. To accommodate them, the company built ten houses for sale. Built by contractors Parker and Hamill, the houses were designed in three versions: six basic four-room houses which sold, with lot, for $1,000 to $1,200; two five-room T-plan houses which sold for $1,400; and two six-room T-plan houses which sold for $1,600. They were all aligned on Wright Street, facing south, and had high stone basements and gable fronts. The smaller version measured 18’ x 24’, with four rooms. The purchasers were mostly Quincy employees, and mostly miners.1