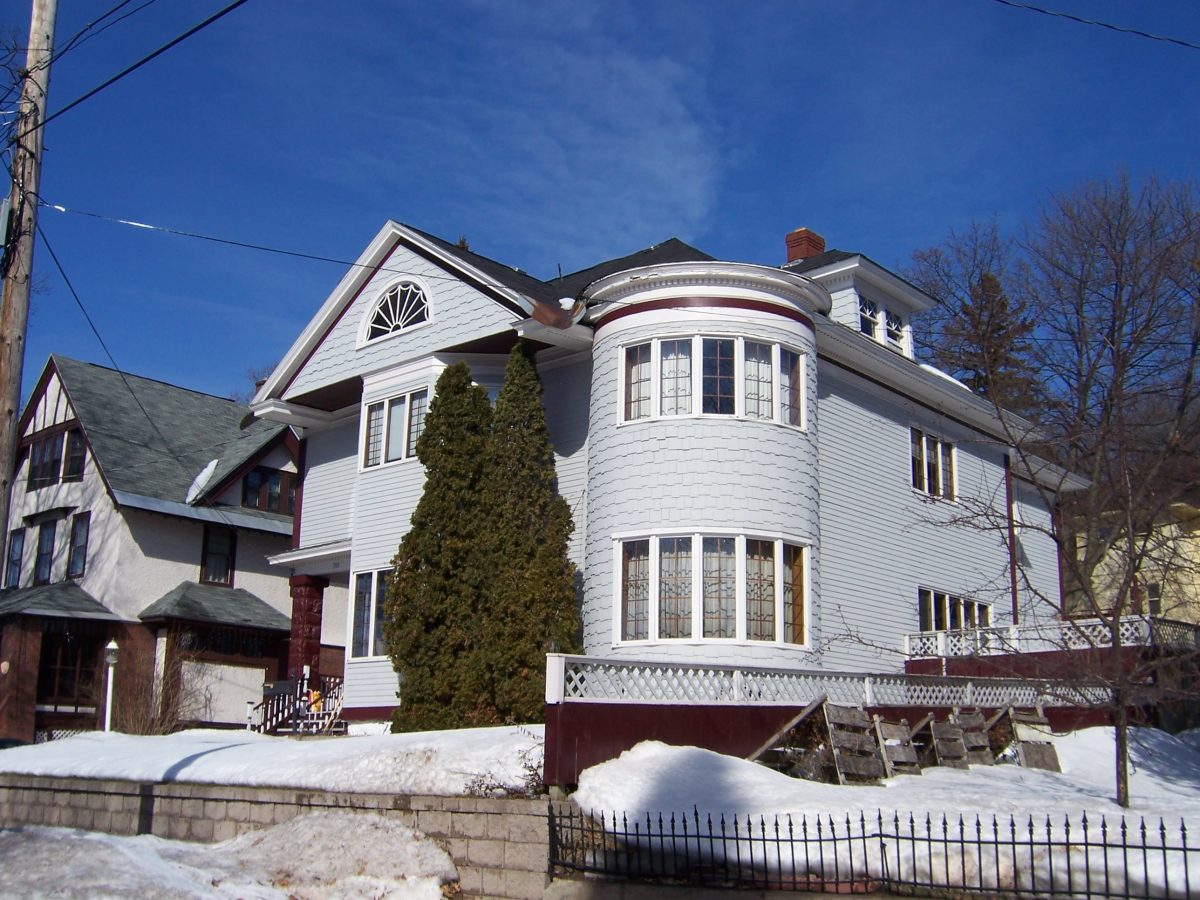 Pearce designed this house for Richard and Catherine Light. Richard was a travel agent and commissioner. This house originally had a tower on the west side, which was later replaced by a dormer. The Light family owned this house until 1921 and it is still a private residence.1

This two-and-a-half-story house, now covered in vinyl siding, shows some signs of the Classical Revival and the shingle styles. The hip roof has a prominent cross gable with cornice returns and a large lunette in the gable. Below it is a two-story bay window. At the right front (southeast) corner is a large round two-story bay with flat roof. At the southwest corner a thick stone pier marks the recessed entrance. On the west side is a one-story bay window.