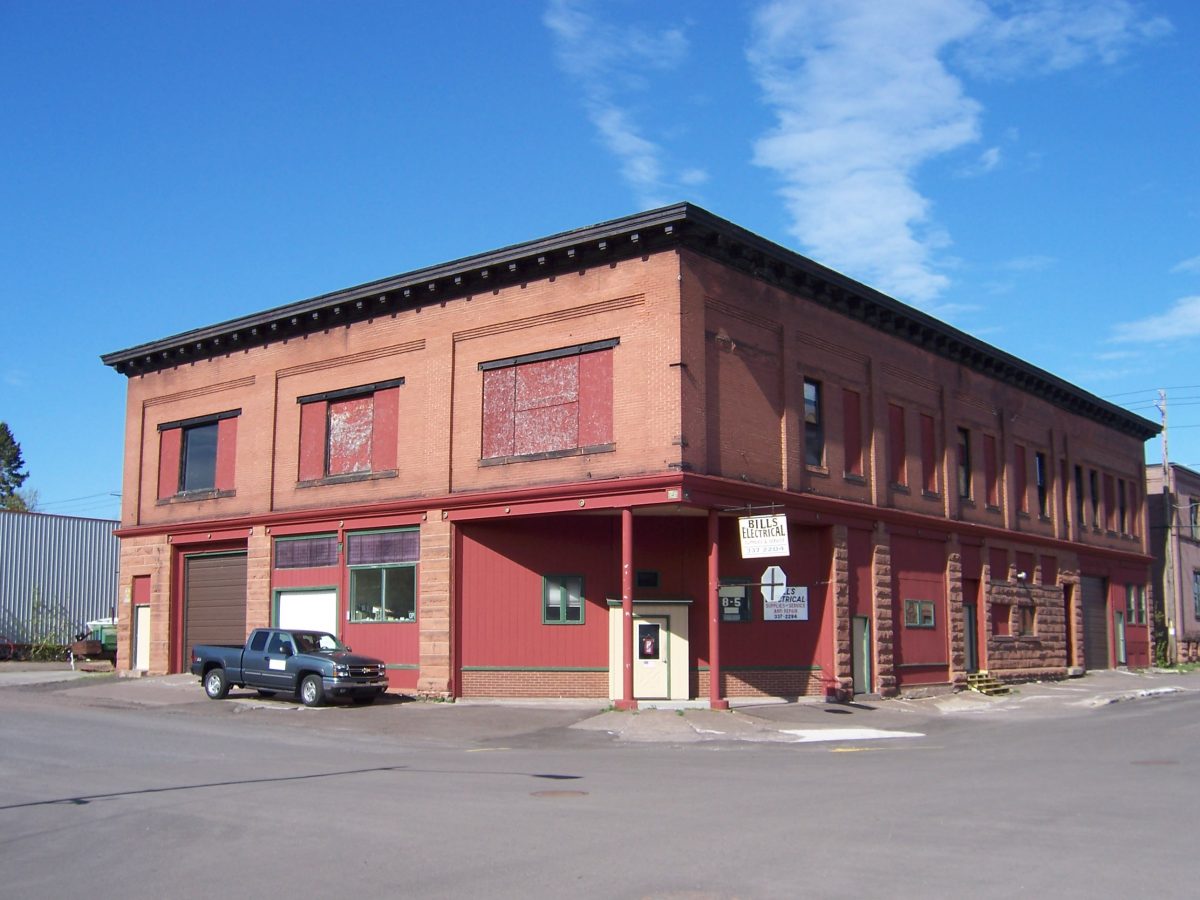 The Croatian Co-Operative Company formed in about 1906 and built this store building. Officers were William Mihelcich, President; Frank Stepech, Secretary; Matti Drazich, Treasurer; and John Agnich, Manager. They offered general merchandise and claimed to be “The Largest Co-Operative Store in Calumet,” a challenge to the Tamarack Co-op. By 1912, though, the Croatian Co-operative Store was out of business.2

The two-story, 74′ x 118′ building had a canted corner entrance and large plate-glass windows topped with prism glass. The first-story walls were Jacobsville sandstone and the second-story brick. A modillioned cornice topped the building. On the second floor of the 7th Street façade, three Chicago-style windows were set in large brick panels, while paired windows filled the panels on the Elm Street side. The store occupied the 7th Street side of the building on both the first and second floors.  On the Elm Street side, space was prepared for a meat market, with a large refrigerator, that would be operated independently from the store.  Above the meat market, three four-room flats, each with a separate bath, were available for rental.3