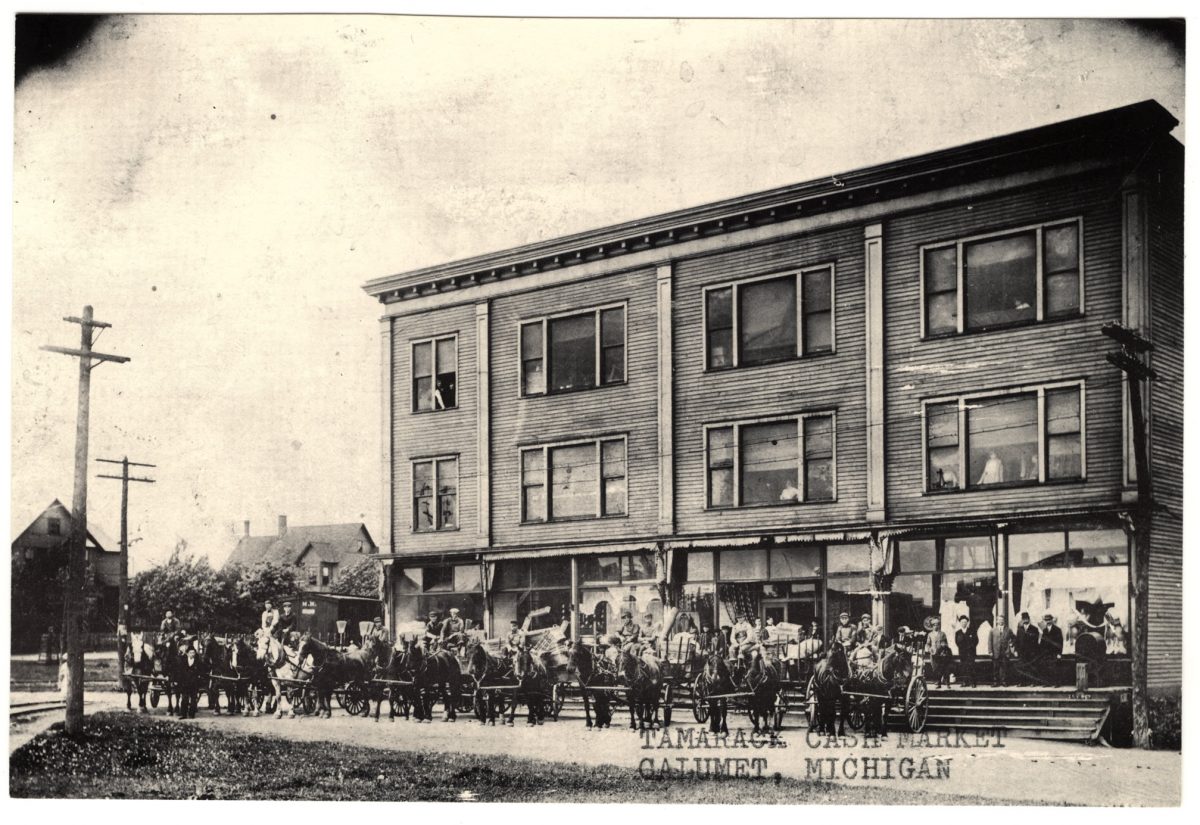 Hailed as the “largest retail outlet north of Milwaukee,” the Tamarack Co-operative Store was also one of the most successful co-ops in the United States. Supported by mine managers, the store kept retail prices low throughout the Copper Country, allowing managers to keep wages correspondingly low.1

The Co-op was apparently the idea of Robert W. Bennett, an immigrant from Northumberland, England, who had had experience with similar endeavors. He interested John Daniell, who was the general manager of the Tamarack Mining Company. When the co-op opened in 1890, the board of directors was dominated by mine managers, although four of the nine directors were mineworkers. The store was capitalized at $100,000 in $10 shares. After a few years, important changes were made to the organizational structure, diminishing the influence of mine managers. A one-man-one-vote method of representation was instituted, no one was allowed to acquire more than twenty shares, and dividends were paid on the basis of purchases. The store generally paid 8% dividends on capital paid in, and 12% to 13% on purchases. In 1912, the company paid out $103,947 in dividends to 1,814 shareholders and had sales of $845,930. Since its organization, it had paid out $1,144,006 in dividends.2

The store sold groceries, meats, clothing, furniture, hardware, drugs, and more. Its slogan was “the store of the people, by the people, and for the people: if you can’t come to the store, we’ll bring the store to you.” The store delivered daily within a three-mile radius of the store, three times a week beyond three miles but within eight, and three times a month to sites farther out. It had a large teamster department. At one point the store had 6,000 people on its credit books and 125 on its payroll. Sales reached $1 million a year and the enterprise was allegedly the subject of study in New York University’s business school.3

The store consisted of an accumulation of buildings built over many years, but in 1907 the Maass Brothers designed a $14,000 remodeling of the flagship store building. When completed, the three-story building measured 84’ x 119’, with a floor space of about 40,000 square feet. The first floor had large plate-glass windows and the second floor had Chicago windows, beneath a modillioned cornice. On the upper levels, pilasters divided the bays. The building was wood frame with clapboard siding. Besides the retail space, the building also included a safe on the first and second floors, offices on the first floor, lunch room and toilets for employees on the second floor, a large rest room for employees on the third floor.4