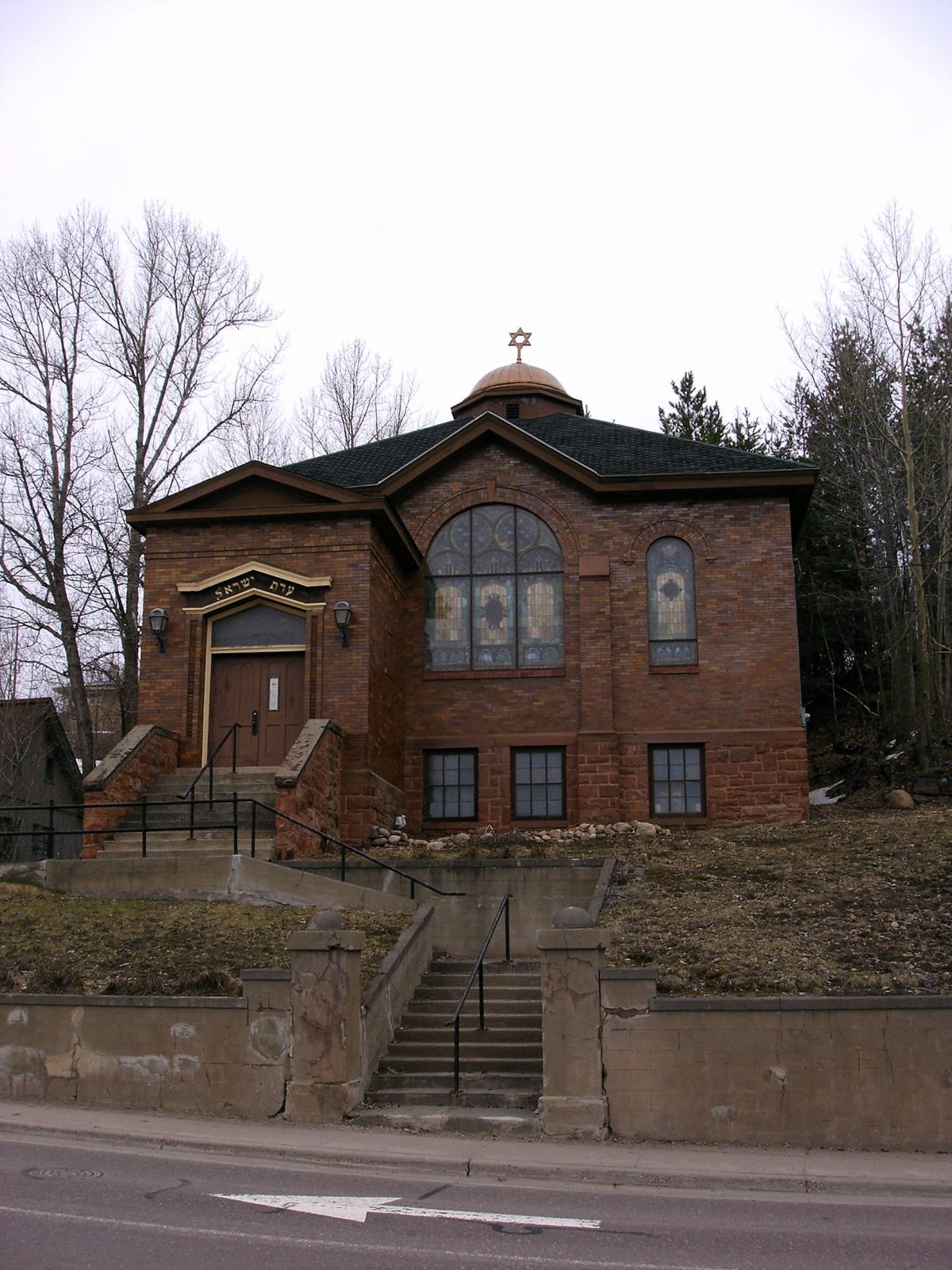 Temple Jacob is the only synagogue in the Copper Country. Before the temple was built the services were held at the houses of different members. Henry Pimstein, Henry Feldman, J. Gottliebson, J. Green, and most notably, Jacob Gartner, decided to establish a Jewish temple.1 The Quincy Mining Company donated the land the temple sits on, but the founders still required $10,000 dollars for construction.2 Jacob Gartner was willing to lend a large portion of his personal money to see the temple built, and his generosity was honored by having the temple named after him.3

According to documents in the possession of the congregation, it purchased the plans, specifications, and superintendent abilities from Maass Bros. Architects.4 J. J. Kelly built the temple foundation for $610, and then A. J. Verville completed the superstructure for $4,686.5 The congregation of Temple Jacob is considered the “First Congregation of Israel.”

The 40’ x 40’, hip-roofed structure is topped by a small copper dome. The foundation was constructed of Jacobsville sandstone. A vitrified glazed brick was used for the walls. Windows are round-arched, with stained glass that depicts a dove with an olive branch, shofar (ram’s horn), burning bush, Noah’s ark, hands in blessing, Star of David, eternal light, and the tablets of the Ten Commandments.6 Inside, the layout of the temple follows normal Jewish customs, with the altar facing east. A balcony was once used to separate the men and the women during prayers.