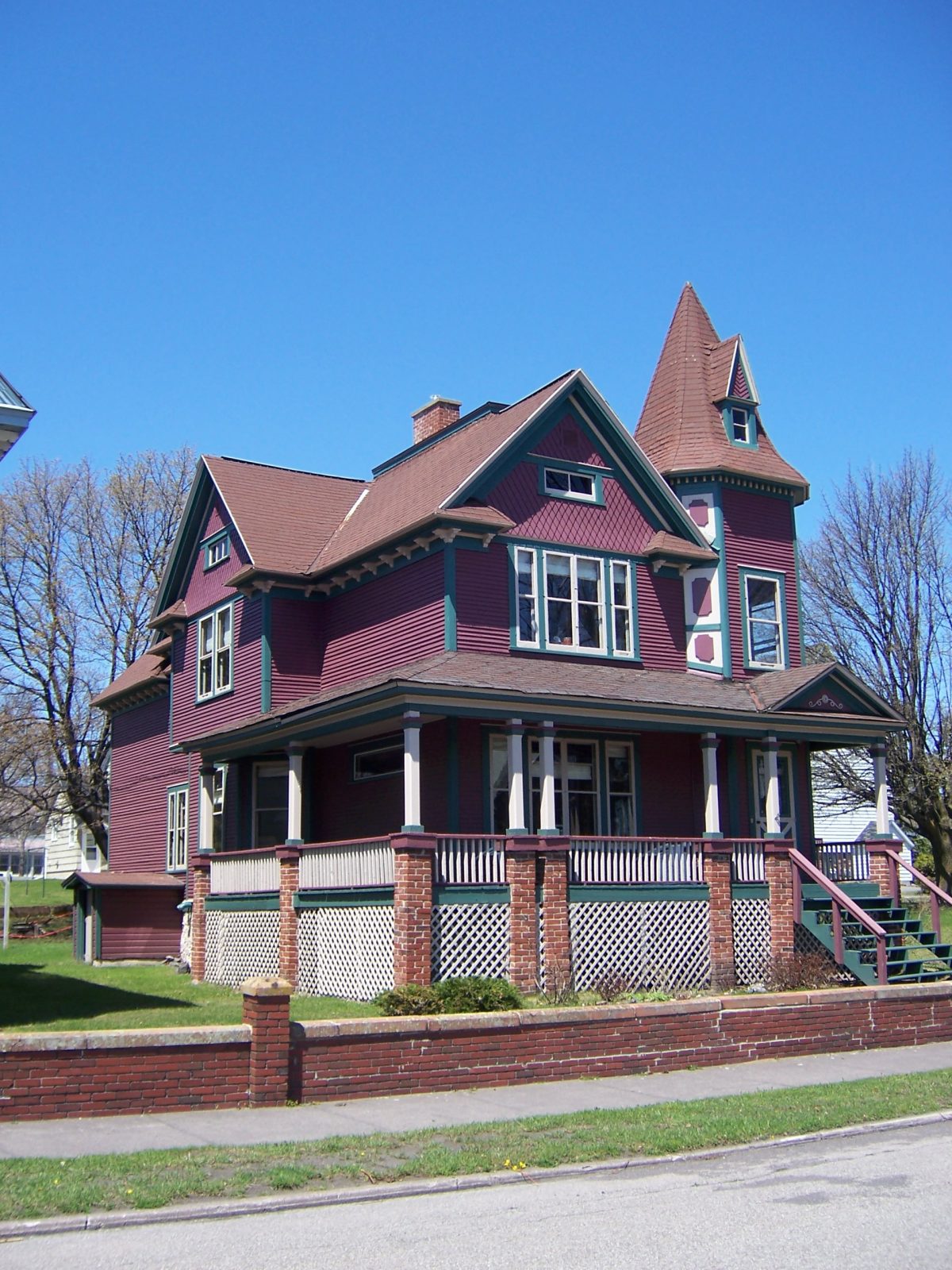 William J. Galbraith, a lawyer, had this house built for $5,000. Galbraith was involved in at least one famous case: he defended the deputies who were accused of killing strikers in their home in Seeberville, a neighborhood of Painesdale, during the 1913-14 strike. After the conviction of four deputies, the Copper Range Company hired another lawyer for their appeal.1 Galbraith lived in this house with his wife, two children, mother-in-law, father, servant, and a woman described as a roomer.2

The Queen Anne-style house has a corner tower and a cross-gable roof. There is a wraparound porch across the front. The newspaper described a parlor, sitting room with fireplace, dining room, library, and a large bedroom on the first floor, as well as a kitchen and pantry. On the second floor were three bedrooms, a bathroom, and a sewing room. The house had electric lights and hot-water heat.3