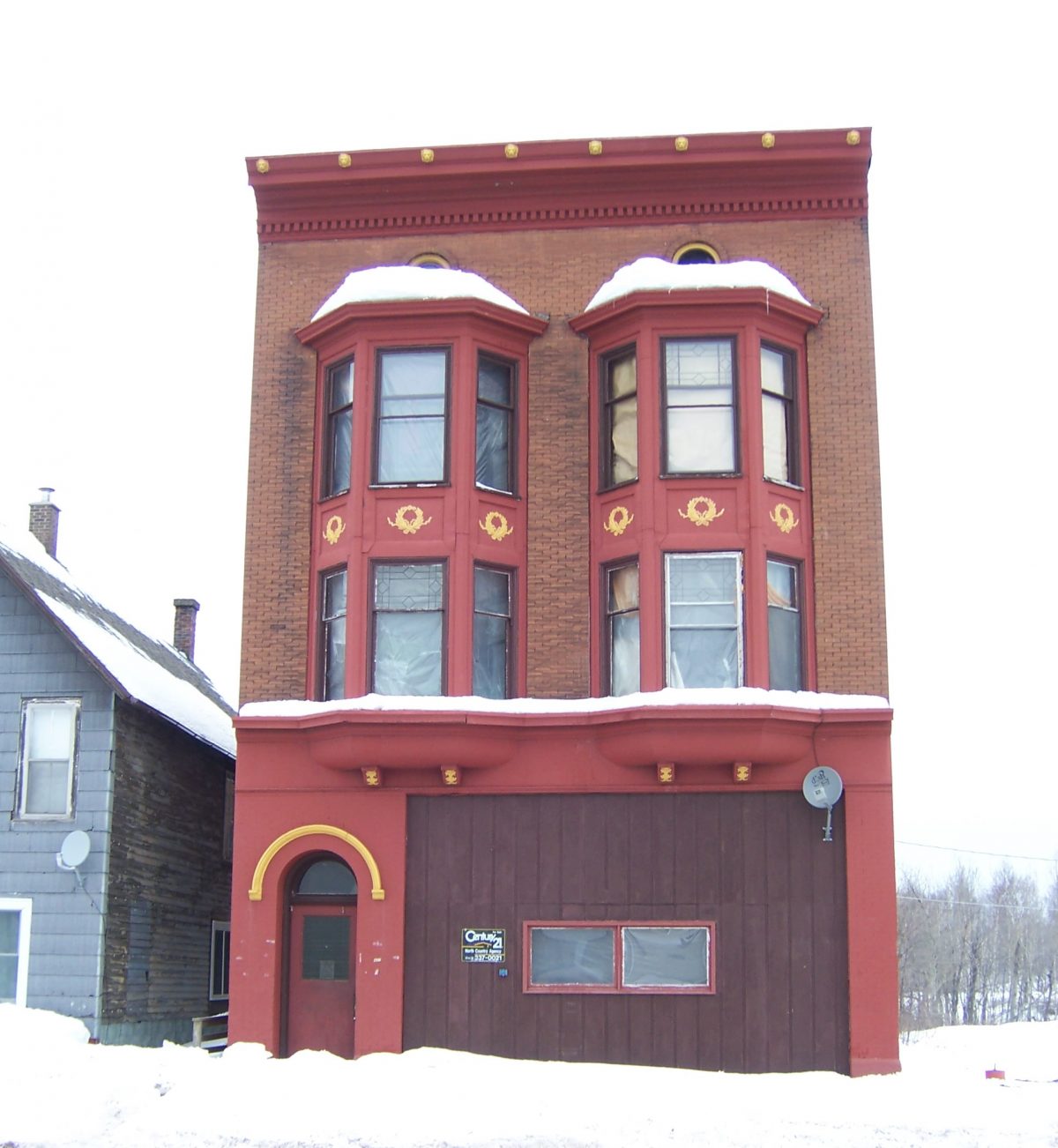 Also known as the Henry Blum building, this attractive three-story building was constructed primarily of brick and stone by contractors Bajari & Ulseth on the north end of Calumet. A contractor named Donahue was responsible for the brick work. Its flat brick facade was trimmed with red sandstone. The most distinctive feature of this building was the two oriel windows in the front which stretched over the second and third stories. These were constructed primarily of sheet metal. The interior was originally finished with yellow pine and maple floors. The upper floors were “arranged for two flats on each story and the entire building will enjoy the conveniences of furnace heat, openwork plumbing, electric lights and the usual list of modern conveniences.” The cost was estimated at around $14,000. Nystrom received praise for his work on the project by the local paper: “The new block adds considerably to the attractiveness of this end of Pine Street.”1 The Blum Building apparently suffered a devastating fire a few years later, because architect Frank W. Hessenmueller was hired to make plans for its rebuilding in 1909. Edward Ulseth was the contractor.2