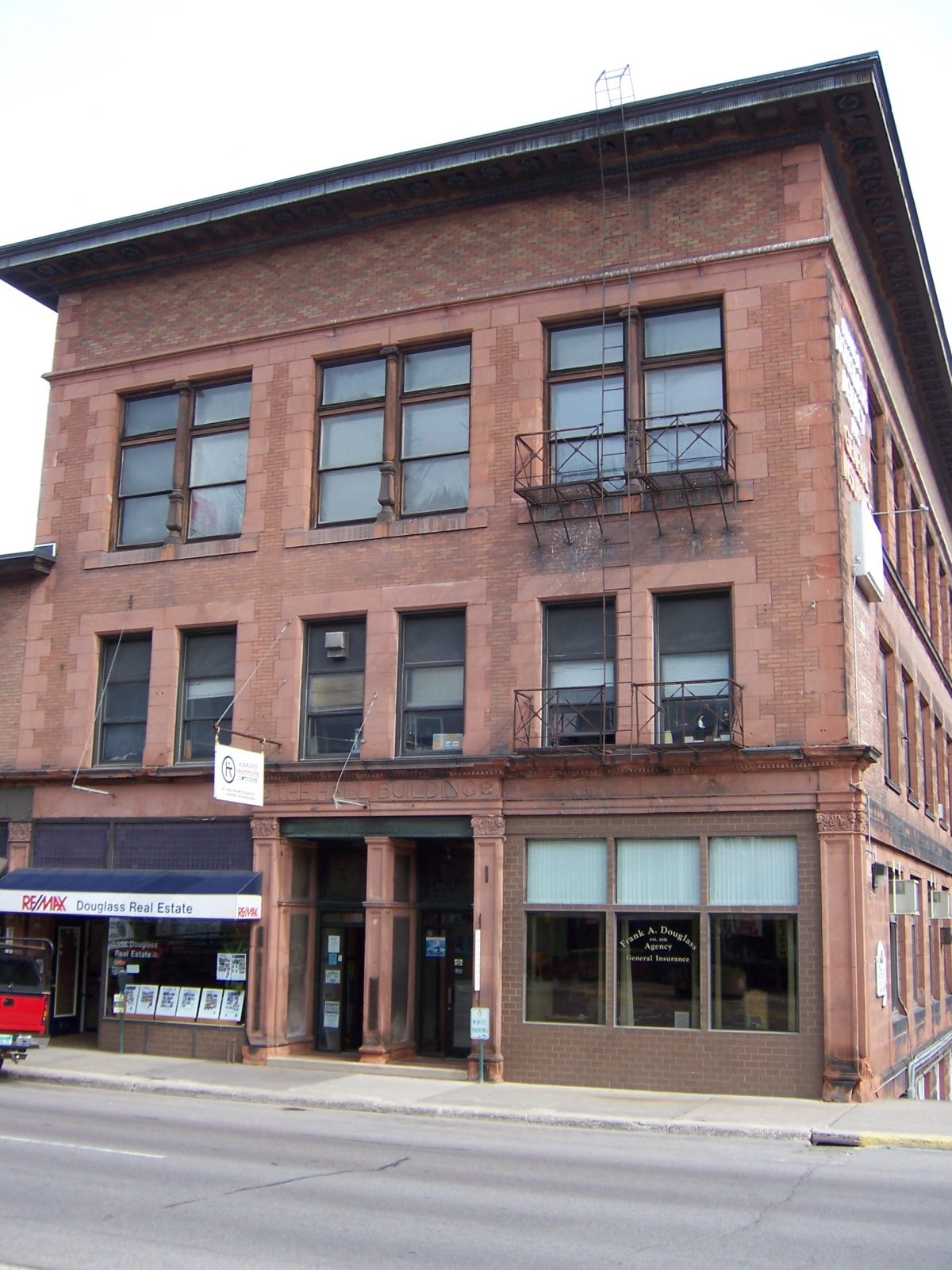 Charles Archibald Pearce, briefly associated with Charlton & Gilbert, was also linked to the design of this building. The three-story Classical Revival building was clad in brick, trimmed with Jacobsville sandstone. The paired entrance is centered, with storefronts to either side. Prism-glass transom windows were removed in recent years. The west doorway leads to the upper floors, which have paired windows. The third-floor windows have additional transom windows and a tall frieze, indicating the extra height of this floor. The building is crowned with wide overhanging eaves. The building was named after its major investor, E. R. Hall of Chicago. Construction cost $40,000.

Citizens National Bank occupied the eastern half of the first floor, and the Chicago Store, selling clothing, occupied the western half. The second floor accommodated offices, while the third floor was a lodge hall, which the newspaper called “one of the most beautifully decorated in the peninsula.”1

Buildings by Charlton , et al., in the Copper Country