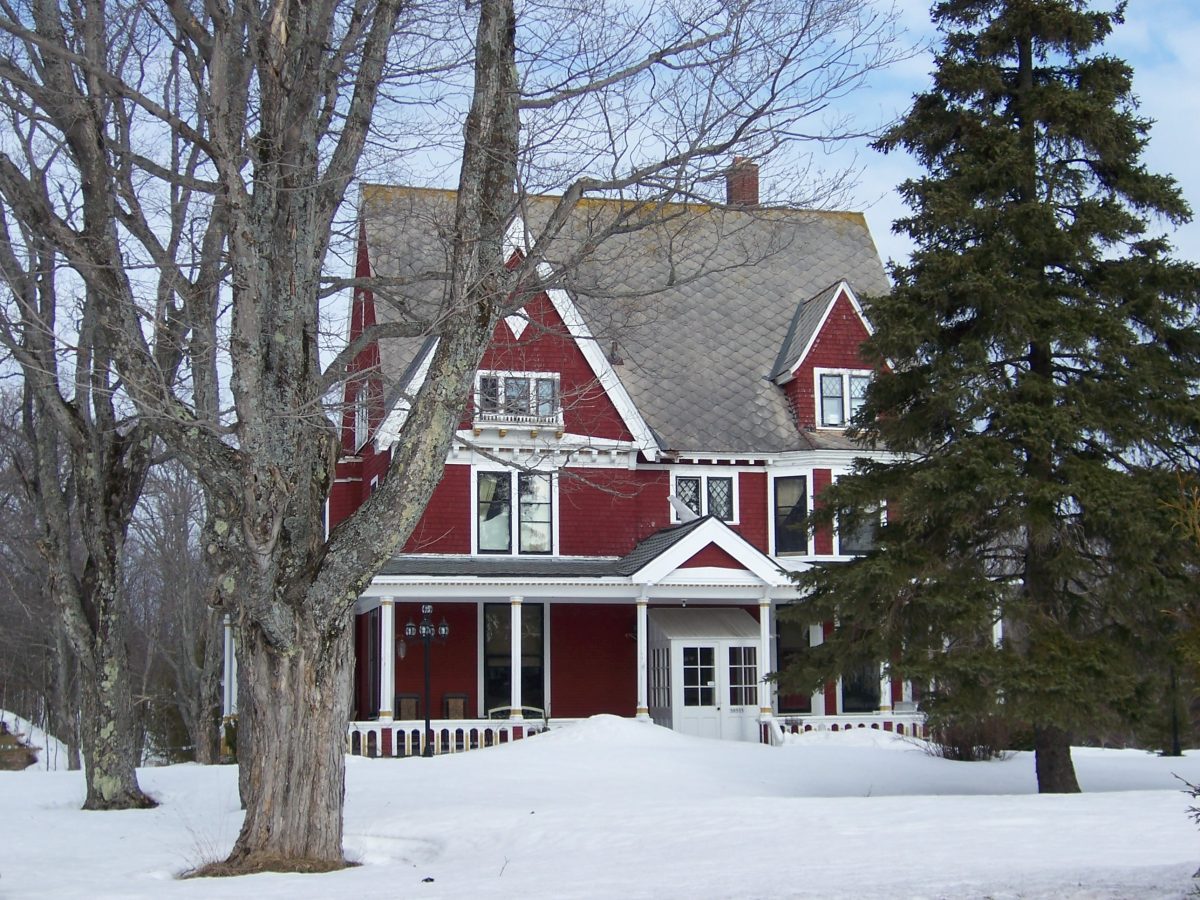 The Wolverine Copper Company was established in 1882. In 1898 John Stanton established Mohawk Mining Company five miles to the north and also gained control of the Wolverine. Fred Smith had been superintendent of the Wolverine since about 1892 and, when he was also assigned to supervise the Mohawk, the company built this house for him at a cost of nearly $12,000. After Smith’s retirement in 1913, Theodore Dengler, the new superintendent of both mining companies, occupied this house. After closure of the mines in 1932, Dengler bought the house from the company, reportedly for $22.50. Dengler committed suicide in the house in 1940.1

The house is a large Queen Anne-style mansion with porches, bay windows, a lively roofline, and diamond-paned windows. The front of the side-gable roof is pierced by two gabled dormers of different sizes. The wood-frame house has clapboards on the first floor and wood shingles above; the foundation is rough-faced Jacobsville sandstone. The interior, in an irregular L-shaped plan, is finely finished.