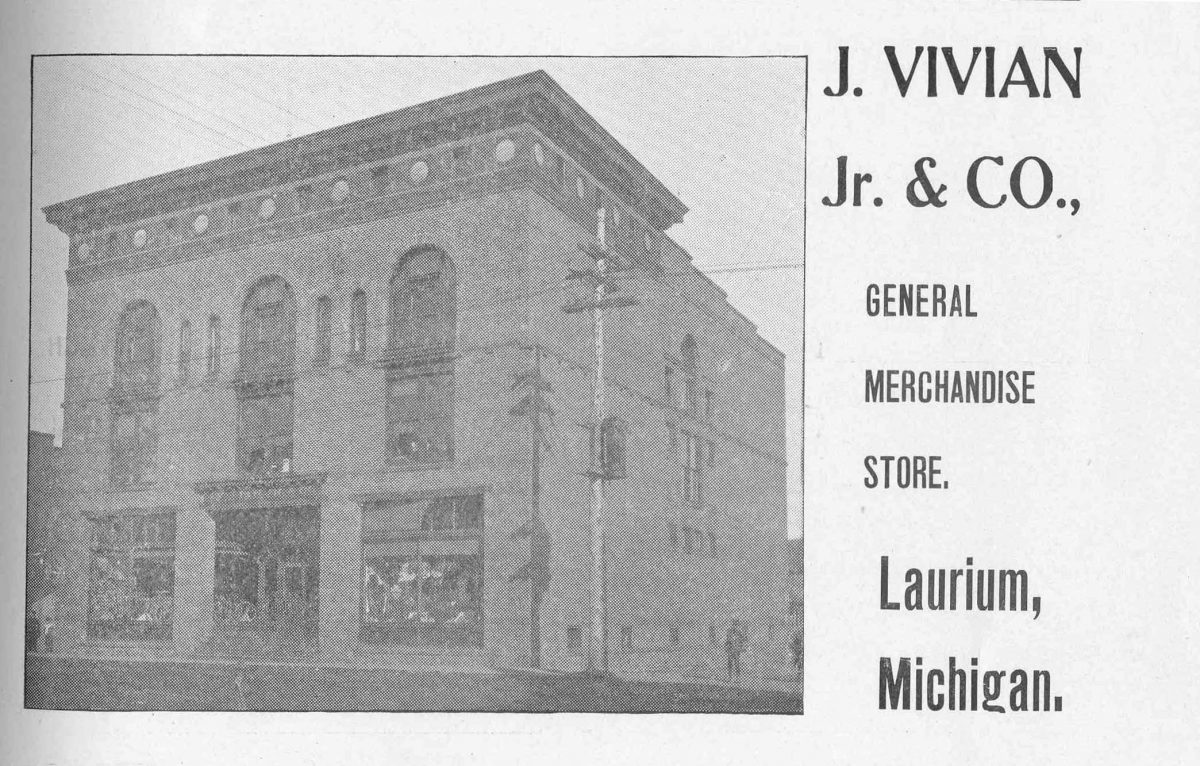 Johnson Vivian, a Cornish mining captain with diverse commercial interests, brought his son, Johnson Vivian, Jr., into the mercantile business when he established a store in Osceola in 1886. In 1894 they established a branch in Laurium. The store was immediately successful and spurred other commercial development on Hecla Street. By 1895 J. Vivian, Jr., & Co. offered a wide range of dry goods and had more than fifty employees.1 By 1903 the store was reportedly the largest in the Copper Country.2 The store closed in 1936.

The original building, as designed by Charlton & Gilbert, was two stories tall, three bays wide, measuring 58’ x 90’. In 1898 Johnson contracted with Charlton, Gilbert & Demar to design an additional third story. In 1906 the Maass Brothers designed another addition, the northern bay, so the building currently measures 90’ across the front. A one-story rear addition in 1974 further increased the space.3

The Italian Renaissance Revival building now has four two-story round-arched windows and a modillioned cornice with attic windows, alternating with marble medallions, in the frieze. The building is brick, with some sandstone trim. At the first level, large plate-glass display windows are divided by piers of alternating courses of brick and rough-faced sandstone. The side elevations have Palladian windows at the third floor.