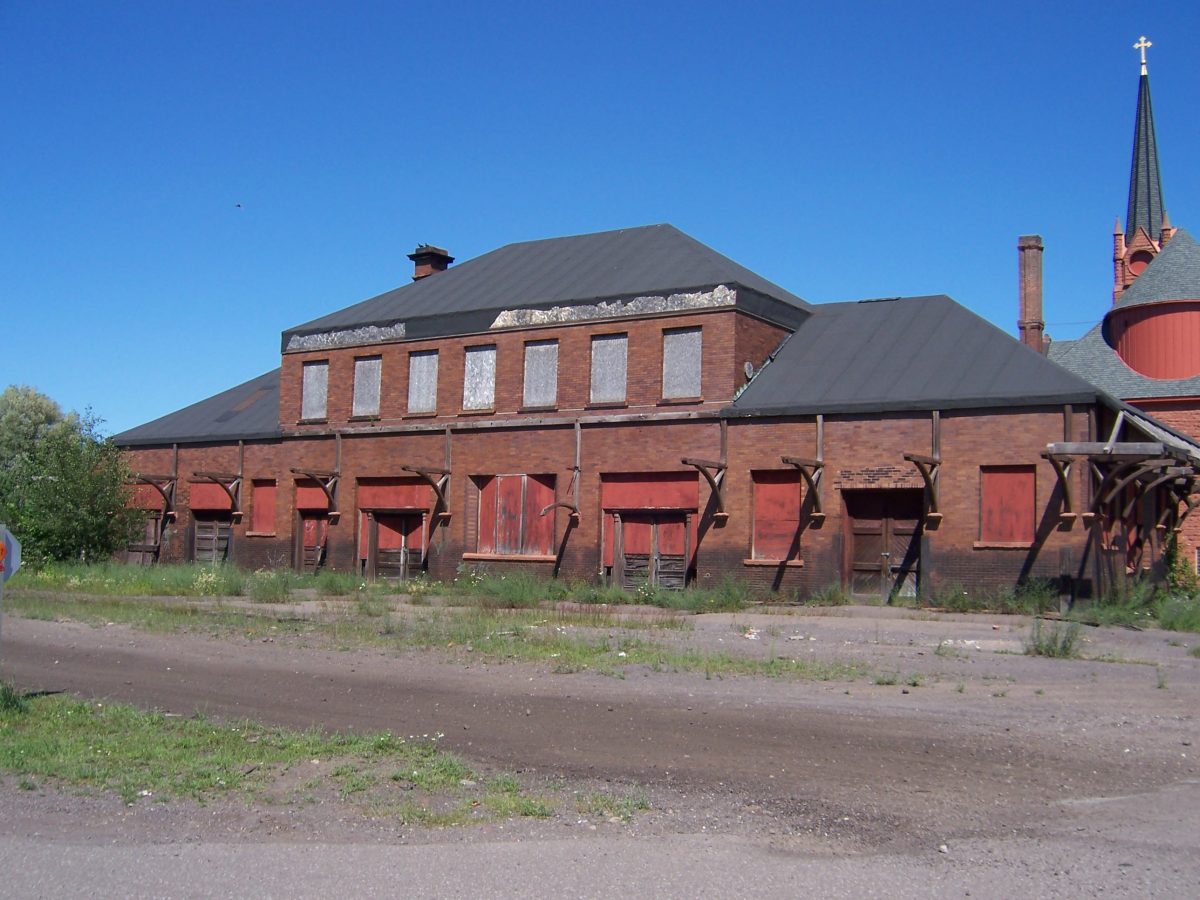 The Mineral Range Railroad operated a line from Hancock to Calumet by 1872. In 1891 the railroad was acquired by the Duluth, South Shore & Atlantic Railroad, tying it into a nationwide network. In 1908 DSS&A officials visited Calumet to commission this new depot. Hessenmueller traveled to Marquette and other points along the DSS&A line to examine other stations.3 When he returned, he announced that Calumet’s new depot would be ten feet longer than Marquette’s and considerably larger than Houghton’s. The brick and stone building would measure 115 by 35 feet and have a tile roof. The center of the building, 60 by 35 feet, would be two stories. The ground floor would be tiled and platforms on all four sides would be cement. The station would have modern toilet rooms, electric lights, and steam heat.4

The walls built of local brick were faced with dark brown brick from the Massillion Brick Co. of Ohio, with a brown mortar. The window sashes were imported from Oshkosh.5 The main floor contained waiting rooms, ticket offices, and ladies’ and gentlemen’s toilet rooms, while the second floor had offices for the dispatcher, superintendent, and clerks. The estimated cost was $20,000. The newspaper declared that the station “would be a distinct ornament to Calumet, standing, as it does, as the gateway to one of the busiest little cities in the state.”6

Today the depot is in sad shape, with its windows boarded up, its wide overhanging roof removed, and weeds growing around its foundation. Still, much original fabric remains, include most of the brackets that supported the roof, which were supported on sandstone bases. The sandstone window sills and a sill course around the building survive and the brick walls appear to be in good condition. The roof has been recently tarpapered.