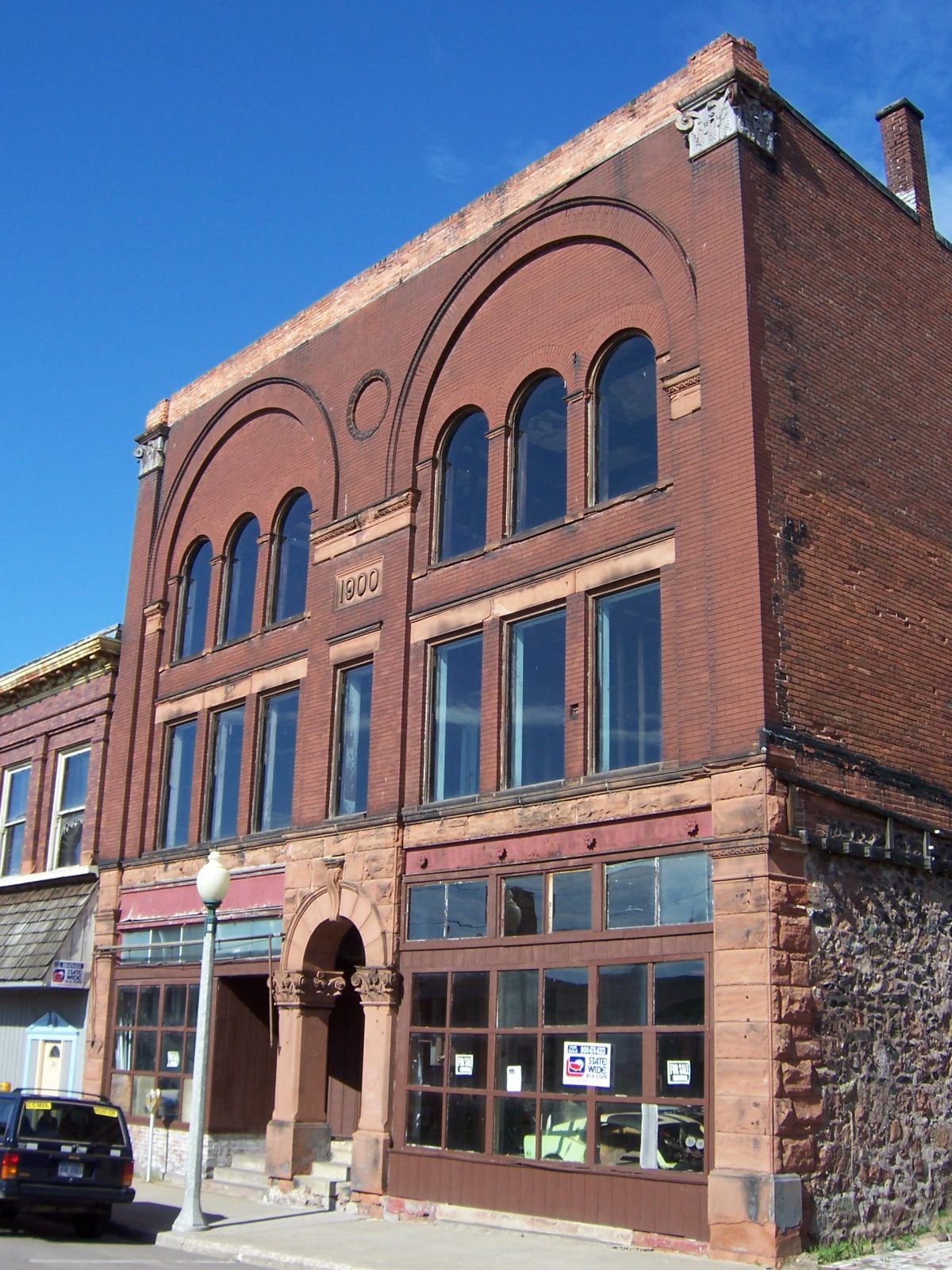 Cowles & Eastman designed a $15,000 renovation of the existing building on this site, adding a story and a handsome new front. The three-story building then contained two 22’ by 60’ store spaces on the first floor and eight offices on each of the second and third floors. Quello’s meat market and Haas’ clothing store occupied the stores, as they had in the previous building.1 On the second floor, lawyers A. W. Kerr and E. F. LeGendre both had offices; they would represent the union during the 1913-14 strike.  The law firm of Larson and Galbraith had offices on the third floor; Galbraith would represent the side of management during the strike.  Architect C. K. Shand was located on the second floor, and Cowles and Eastman on the third.2

The first-floor walls were Portage Entry sandstone, as was the central round-arched entrance to the upper floors. The storefronts boasted the largest plate-glass windows in town: each had a pane 94” by 138” with another pane 36” by 138” above.3 The pressed-brick upper stories were divided into two bays surmounted by round arches recessed into the brick. Within each bay were three round-arched windows on the third floor and flat-arched ones on the second floor. Today the cornice is missing, the dramatic storefront windows have been replaced, and the sash in the second- and third-floor windows have been replaced with fixed-pane single sashes.

Quello, the building owner and butcher, decorated his storefront for the Christmas season, 1900, as described in the newspaper: “In the window are porkers, bearing in their mouths pails of lard.  There are also sides of beef, turkeys, ducks, wild game, etc.  These are interspersed and garnished with celery, radishes, cranberries and Christmas holly.  At night the window display is brilliantly illuminated with incandescent lights.  Last night the throngs of people stood on the sidewalks and watched the display.”4