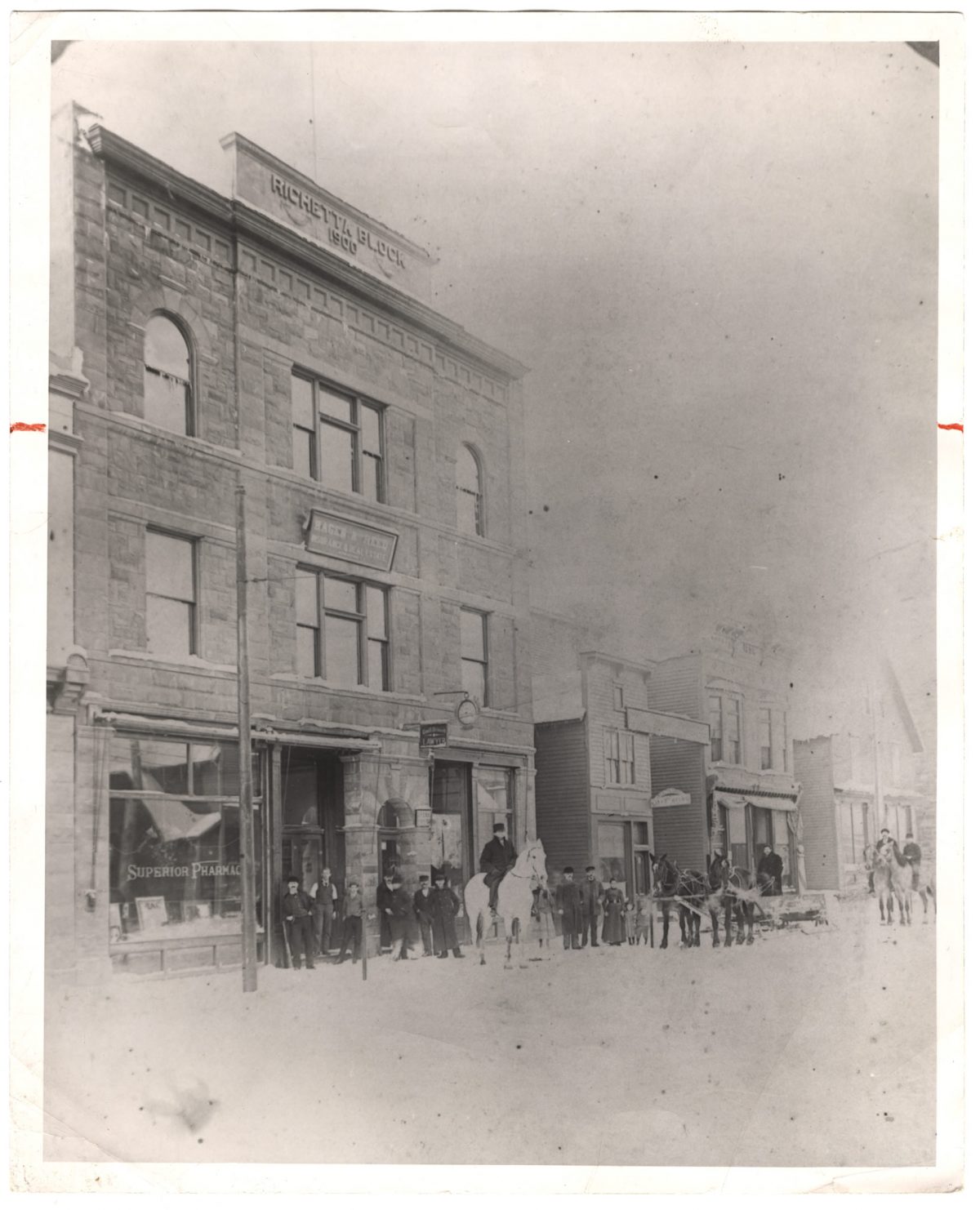 Michael Richetta commissioned this business block constructed of Portage Entry sandstone. Originally planned to be two stories with the capacity of having a third or even fourth story added, it appears to have been built as a three-story building. The 42-foot front was divided into two commercial spaces, one 25 feet wide (occupied by Superior Pharmacy in the photograph) and the other 12; the stores had plate-glass windows and steel ceilings. The center bay of the façade was pulled forward slightly and crowned with a name plate: RICHETTA BLOCK 1900. The second and third floors’ twelve rooms were designed as office spaces that could be joined into two- or three-room suites. Occupants indicated in the photograph included Hagen & Reed Insurance and Real Estate and an unidentified lawyer. The building was heated by steam and lit by electricity.1