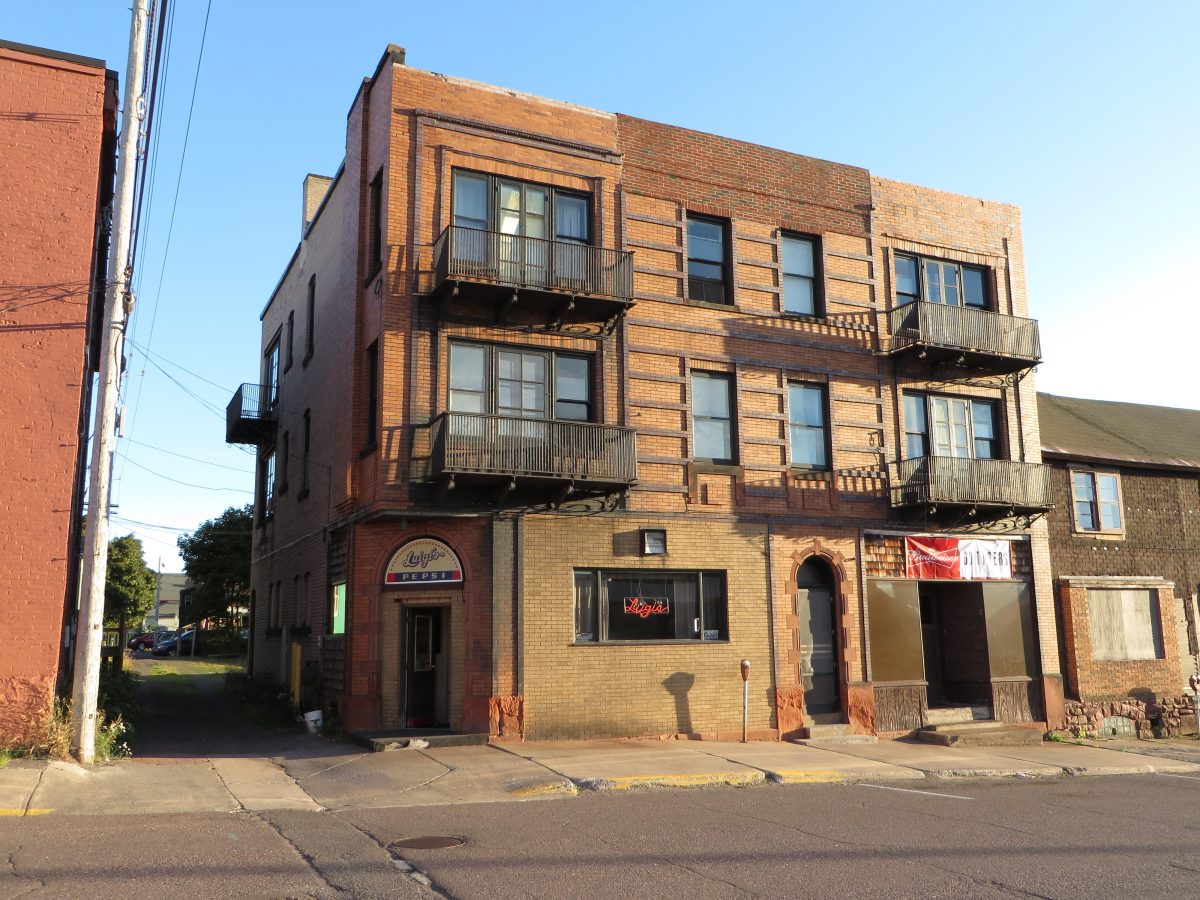 John Tambellini had this building constructed for his saloon, with apartments above.1 The three-story building is faced with an orange-ish brick, trimmed in a grid pattern with a dark purple brick. There are three entrances on the front: a canted entrance at the alley; a center doorway that provides access to the upper floors; and a storefront entrance on the west end. Large windows at the second and third floors have French doors leading onto iron balconies, which are supported by scrolled iron brackets. Some original material has been replaced with red brick at the top of the center bay, and yellow brick in two of the entrances.