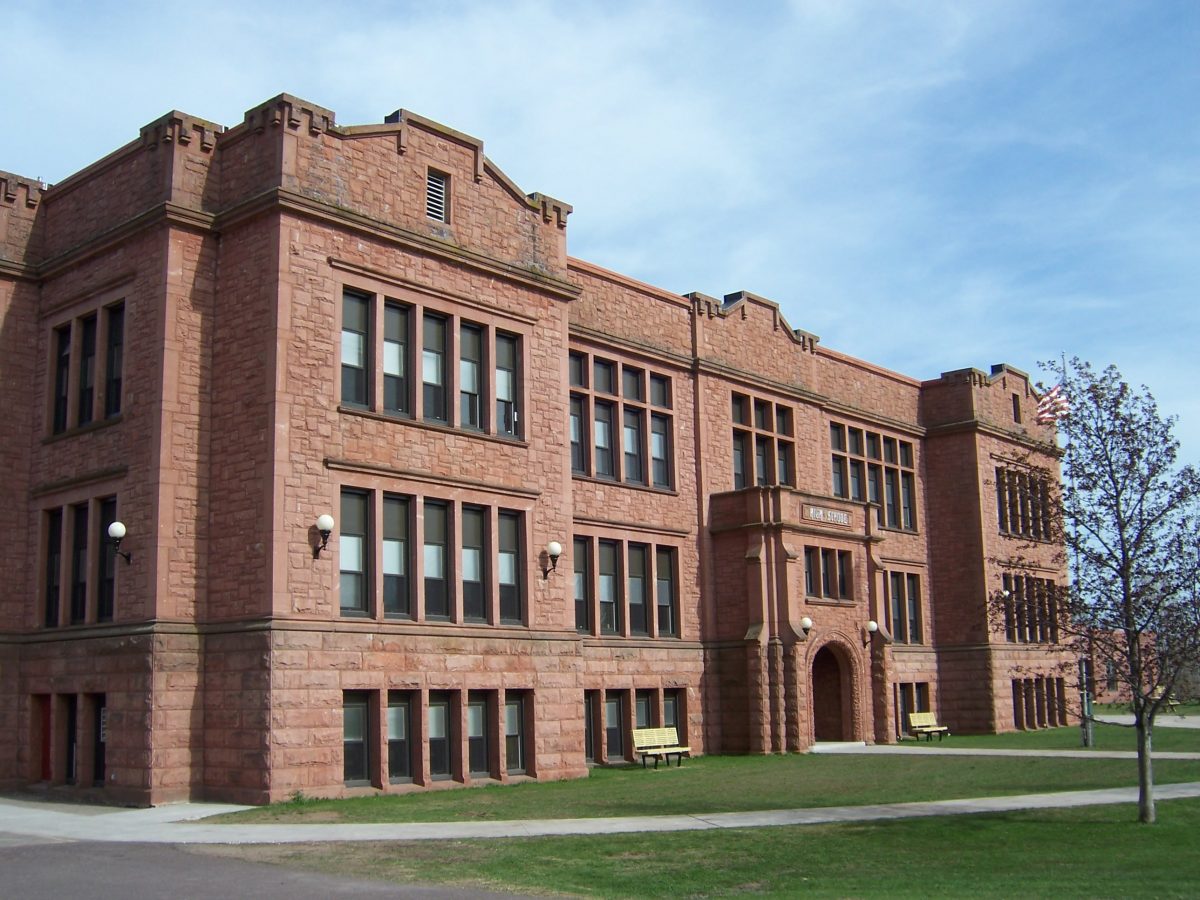 This Jacobean Revival building was constructed of rough-cut Jacobsville sandstone. The 140’-long building has a flat roof with shaped parapets on each end of the building. It has a symmetrical façade with five main windows, except the center portion, which has three. The central arched entrance bay projects from the building. There are smooth stone lintels over the grouped windows and a smooth stone beltcourse marking the line between the first and second stories. The entrance also has pilasters that have small buttresses on them that frame the Tudor-arched entrance.

The interior is appointed with granite, marble, and tile. Originally, the gymnasium, locker rooms, kitchen, and dining room were in the basement; the chemistry and physics lab, a sewing room, and recitation rooms were on the first floor; and a sky-lit assembly hall on the third floor.1 The building was heated with steam from the mine. In 1913 electric lights were installed in the building. In 1928-1929 a tunnel connected this building to the Sarah Sargent Paine Memorial Library, which originally stood near the high school.