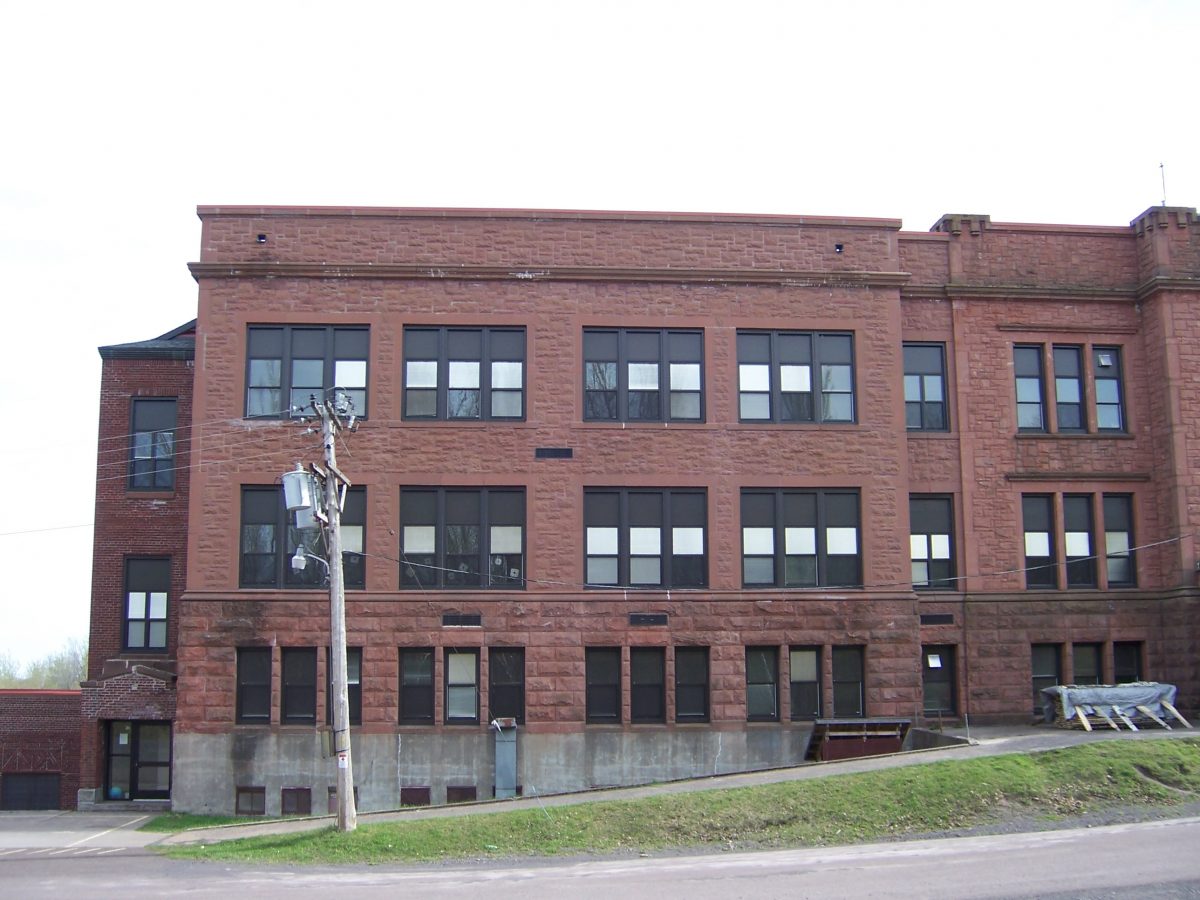 With funding from the Civil Works Administration, Painesdale school officials more than doubled the size of their high school. The Civil Works Administrator described the $200,000 project: “Two new three-story wings were built onto the old building forming a U shaped building. Between the two wings was constructed a new gymnasium and swimming pool. The new wings provided new classrooms, study hall, library and dressing rooms for both the girls and boys. All the materials were of the best obtainable.”1

The new construction converted the existing gymnasium in the basement of the school into seating for a new gymnasium, which was built east of it. East of that was a new swimming pool—the first in a Copper Country school—with Art Deco tiles. North and south of this new construction were the three-story wings, which contained locker rooms and showers on the first floor, classrooms on the second, and a study room and library on the third.2 The north and south walls of the addition were designed to match the original building, with a concrete basement, Jacobsville sandstone first floor, and cast concrete upper floors that mimicked the original stone. The other, less visible facades of the addition, however, are brick.

Buildings by John D. Chubb in the Copper Country