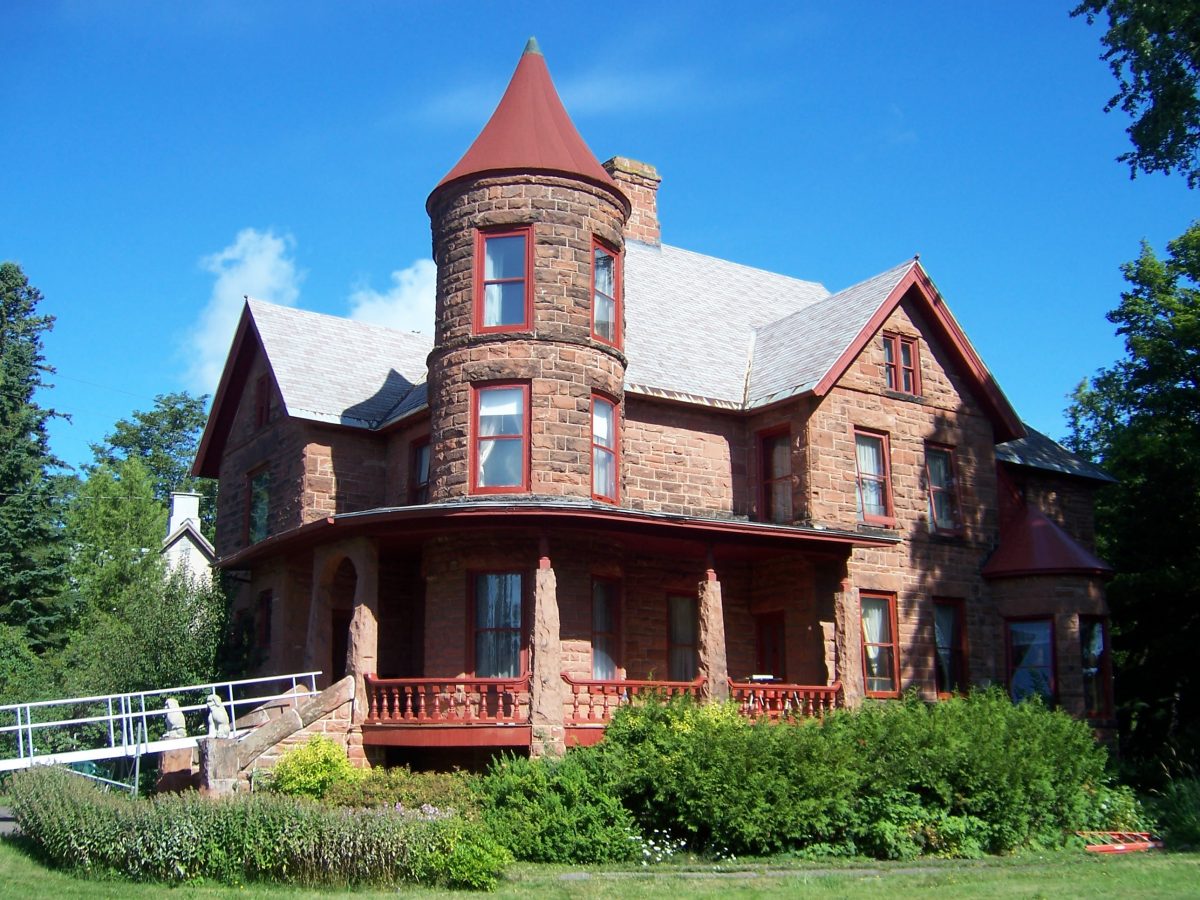 Paul P. Roehm (1857-1925) was a contractor and coal dealer, but this house exhibits another of his lines of work, and that was masonry. A rare example of a Jacobsville sandstone house, this is a particularly ornate one. The three-story, round corner tower is the most distinguishing feature. A verandah curves around it, supported by stone columns. A rounded bay is labeled “conservatory” on the plan. Besides that room, the first floor has a parlor (with the corner tower), a sitting room, large reception hall, dining room, and a first-floor bedroom with attached bathroom. The kitchen is equipped with a pantry and china closet. The second floor has six bedrooms and one bathroom.1

Roehm was a successful businessman, responsible for the construction of many of the buildings that appear on this website. He invested in mining companies, notably the Calumet & Montana and the Wolverine & Arizona.2 He was a charter member of the Miscowaubik Club and was a director of the Merchants’ and Miners’ Bank.3 In 1879 he married Anna MacDonald and they had seven children who lived to adulthood.4 His oldest daughter, Algenore, worked as a stenographer in the family business but after attending the University of Michigan she moved to Milwaukee to work as a schoolteacher.5 In 1910, the other six children, ranging in ages from 13 to 26, were living at home.6