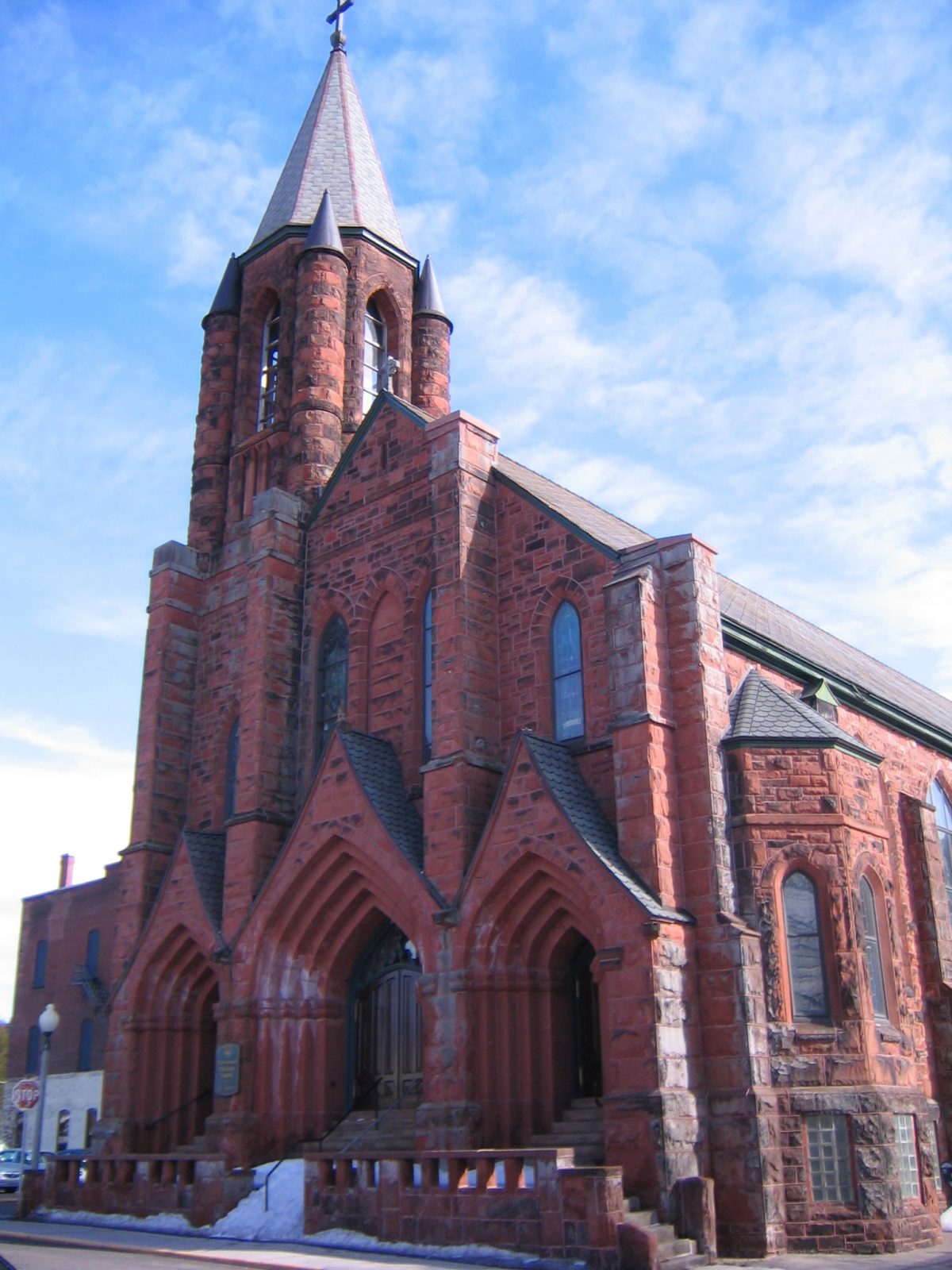 Designed in 1899 and completed in 1901, this church was constructed for Calumet’s French Canadian population. Designed in the Gothic Revival style, the church was built of rough-faced Jacobsville sandstone. The most prominent feature is the corner bell tower which rises to a height of 130’. The church was built on a 5’-high water table and is accessed through a triple Gothic-arched entrances. Along the sides pointed-arched windows are separated by buttresses. The interior of the church held up to 800 congregants and is lined with 14 stained-glass windows of purple, brown, and green. No longer a church, the building’s pews and main altar were removed, but the dramatic interior remains.