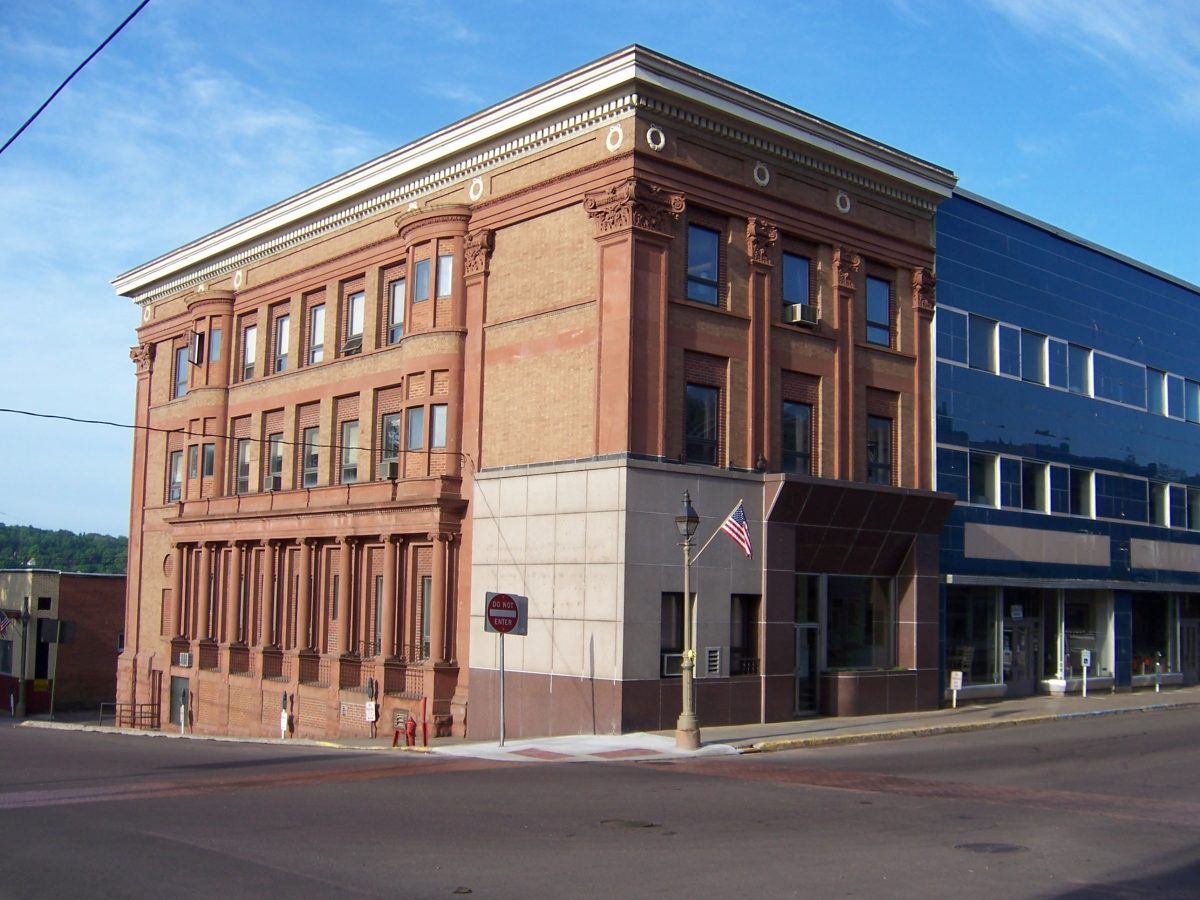 Completed in 1900, this building was divided into two, with the east side containing Superior Savings bank and the west being the home of Gartner’s department store. The Classical Revival building is clad in buff brick and ornamented with smooth-faced Jacobsville sandstone. The Quincy Street front of the building has been compromised with alterations at the first floor, but the two stories above have two-story pilasters and a handsome modillioned cornice. On the Reservation Street side, a colonnade runs along the first floor, supporting two-story oriels at either end.

Although Gartner’s apparently hoped to occupy the whole building, the dry-goods firm initially shared it with the Superior Savings Bank. In 1907 Gartner’s added a three-story building to the west, designed by H. T. Liebert and built by Erik Anderson. This and half of the Wright Block’s facade were covered by a new façade of blue Vitrolite in 1952.1